Ok, I am going to admit something here: when it comes to interiors, we only really just beginning to discover what our style is! You may be thinking that I have gone a bit mad, but hear me out… We have lived in our current house for 5 years now, and before that we lived in 3 different rented flats where we weren’t able to do any decorating. Well, I say that we weren’t able to do any but I guess we never really thought about it either – we were students and money went on rent, bills and bits and bobs, so decorating never made it on to the list. Throughout that time we accumulated stuff. A lot of stuff! It always had to fit in with whatever furniture came with the flat we were living in at the time, so we have quite a collection of stuff, it has to be said. In the five years that we have lived in the house that we own, we have only decorated one room, and that was because the roof and the old water tanks in the loft leaked at the same time! So that was done out of necessity rather than because we could. We had to get a new roof, and before that some new windows, and we saved up for our wedding too.

So the kitchen project is a really big deal for us – it’s the biggest project we’ve ever undertaken and it’s the first thing we’ve ever done from scratch with a blank canvas. I’ll be honest, it’s pretty scary! The budget wasn’t limitless and you don’t realise how much things are going to cost. This is amplified when you’re buying everything at once too! You want to make the right decisions, you don’t want to waste money, and there are some things that you decide that you really don’t want to compromise on. My friend Donna has a mantra that she lives by, which is ‘save and splurge’. She told me this before we started, and it’s so true! Save on things where you can so that you can splash out on certain things that you really don’t want to compromise on. When it comes to work like this, this is the best piece of advice ever – thank you, Donna! 🙂

I love looking through magazines/blogs/Pinterest at home styling and ideas for the home, and I often see things and think that we could make it work in our house too. But every home is different and a lot of things just wouldn’t work in ours. Although I really love having a nosey in people’s houses, one thing that bugs me a little bit about styled interiors photos is that I’m wondering what it looks like behind the camera! Just where do they put all that extra stuff?! I’d love to know! Anyway, we spent a lot of time chatting about what we thought the kitchen should look like. When it came to selecting the kitchen fittings, we discovered that we both found it easier to list what we didn’t like than what we did. Tom doesn’t like Bristol sinks (gutted – I really love them!) and I didn’t want anything too dark or old-fashioned. We had a little look around (and also at our friend’s new kitchen) and decided that we really loved the glossy units, especially the ones with curved corners. They are just so beautiful! We found the one we chose in Howdens, which is a trade-only company (lots of builders have an account there, so ask if you are planning this too). 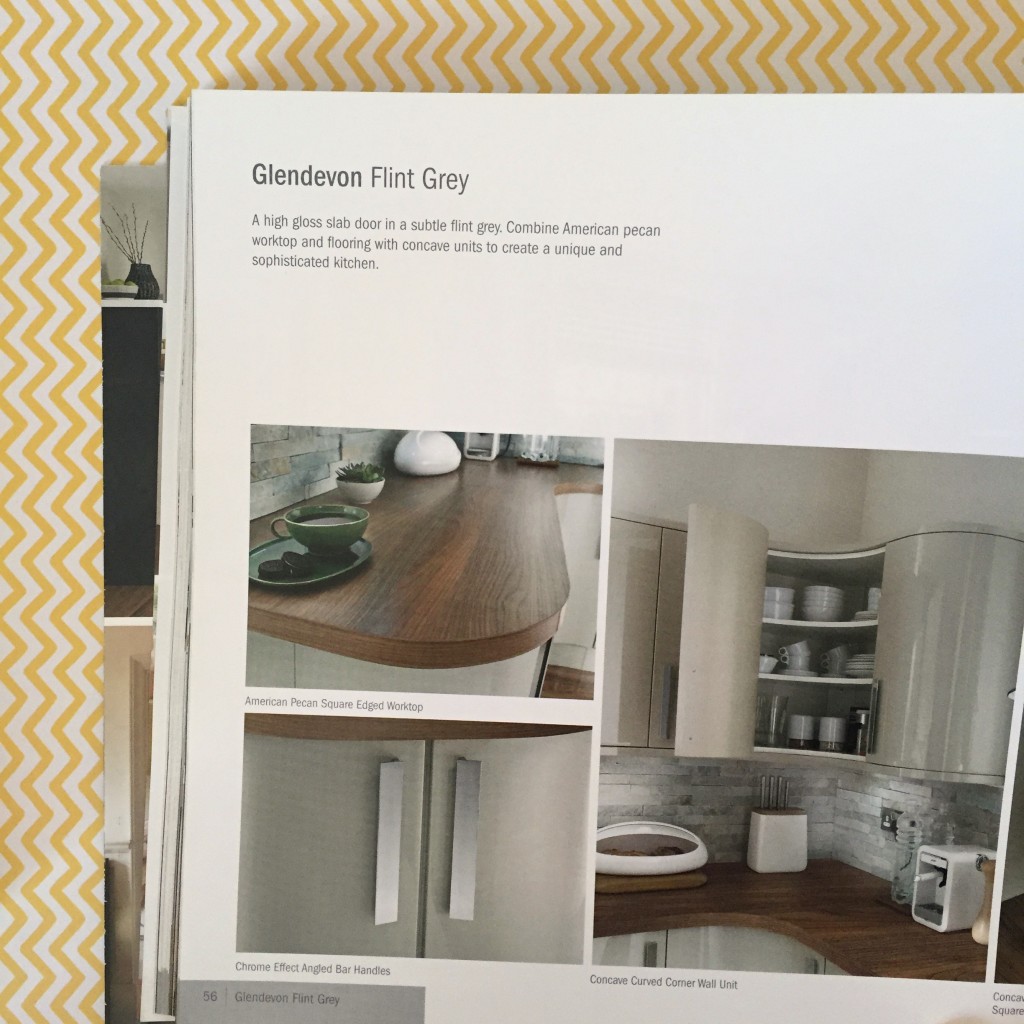 We had a list of things that we wanted from the new kitchen, which included more storage (see below!), more workspace and more light. Our old kitchen was really dreary at night with its one little light! I also had two things that I really wanted: a range cooker and a dishwasher. Tom wasn’t so fussed about the dishwasher – we put it on the maybe list because if we couldn’t afford both then I would rather have the cooker every time! Howdens have a kitchen designing service, and they did a brilliant job of making the best of the new space. I’ve realised that functionality is a big part of our style – it needs to work for us and we need storage space! We have discovered that generally we have the same style too, although I’m probably a bit more adventurous than Tom when it comes to colour. Our kitchen will reflect that – we’ll have pops of colour but it will be predominantly neutral, but this will make it light and bright. Yay! 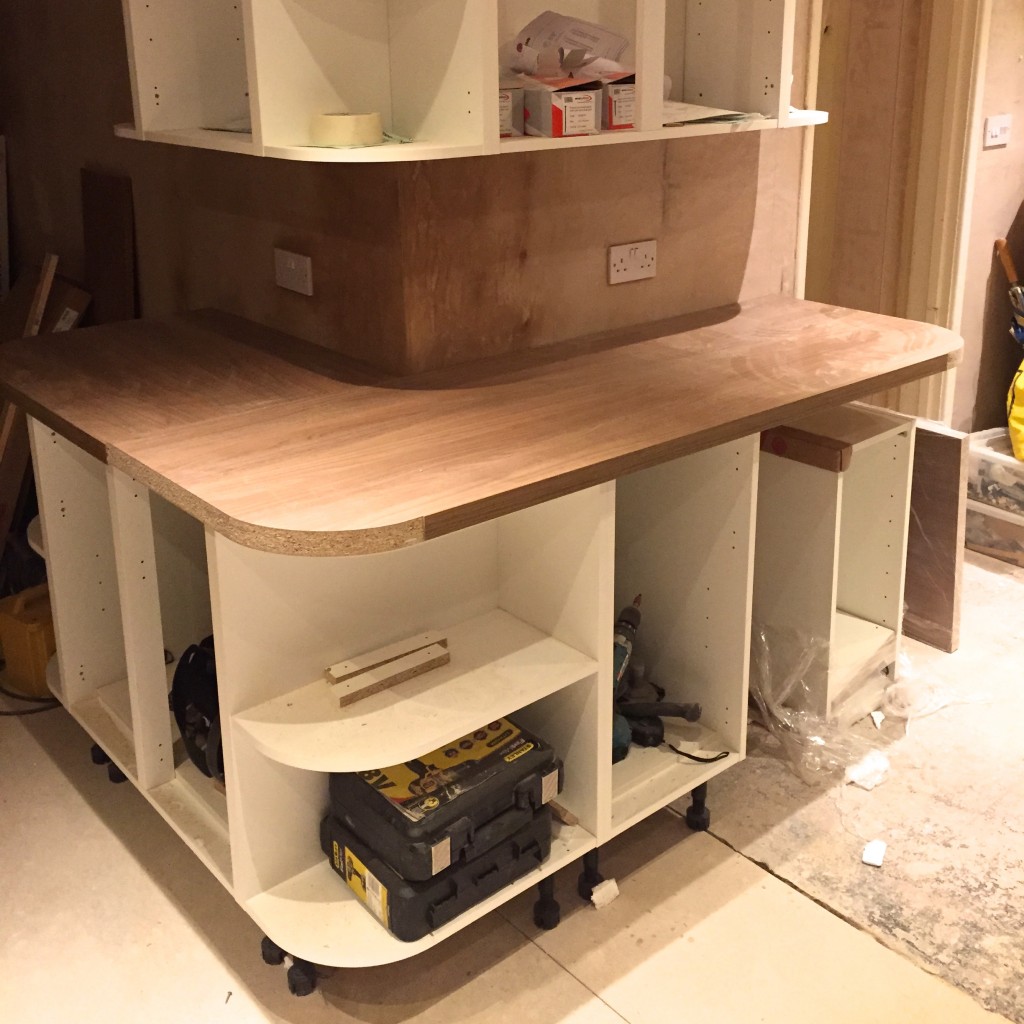 It has been weird having to make decisions about fixtures and fittings when we’re not used to thinking about stuff like that. The builders have been asking me things over the last couple of weeks about how we want things to be or look, and I’ve been like ‘Erm…’ – it’s mad really because we’ve had so long to think about it! It’s really fun to be at this point choosing the final things to go in there. Who knew that things like spotlight covers could be so exciting?! I can’t wait to share the finished kitchen with you! Although 5 years seems like a long time to have not done a lot to our house, I am so glad we’ve had that time to live here and find out what works and what doesn’t so that we could plan and think about what we really want to do. A lot of planning went into it, and I’m pretty sure it will be worth it! 🙂

×
Scroll To Top
We use cookies to ensure that we give you the best experience on our website. If you continue to use this site we will assume that you are happy with it.OkNoPrivacy policy