A special dress for our birthday girl!

We recently had a celebration for Little One’s first birthday. I can’t believe how fast her first year has gone! It sounds like such a cliche but it really is true, it absolutely flies past.  I decided that I’d make a special dress for our birthday girl, and I was so excited to make her first one! I raided my fabric stash because I knew that I had the most perfect Lewis and Irene fabric – these super balloons. I love the print and the colours and it was just what I wanted.

The pattern I used was a McCalls pattern M6541. My Mum found this pattern originally, and whilst I’m not really a fan of the appliqué designs, the actual dress pattern itself was just what I was looking for. I’ll probably have a go at making some of the little shorts for summer at some point, but the design I made here was design B. 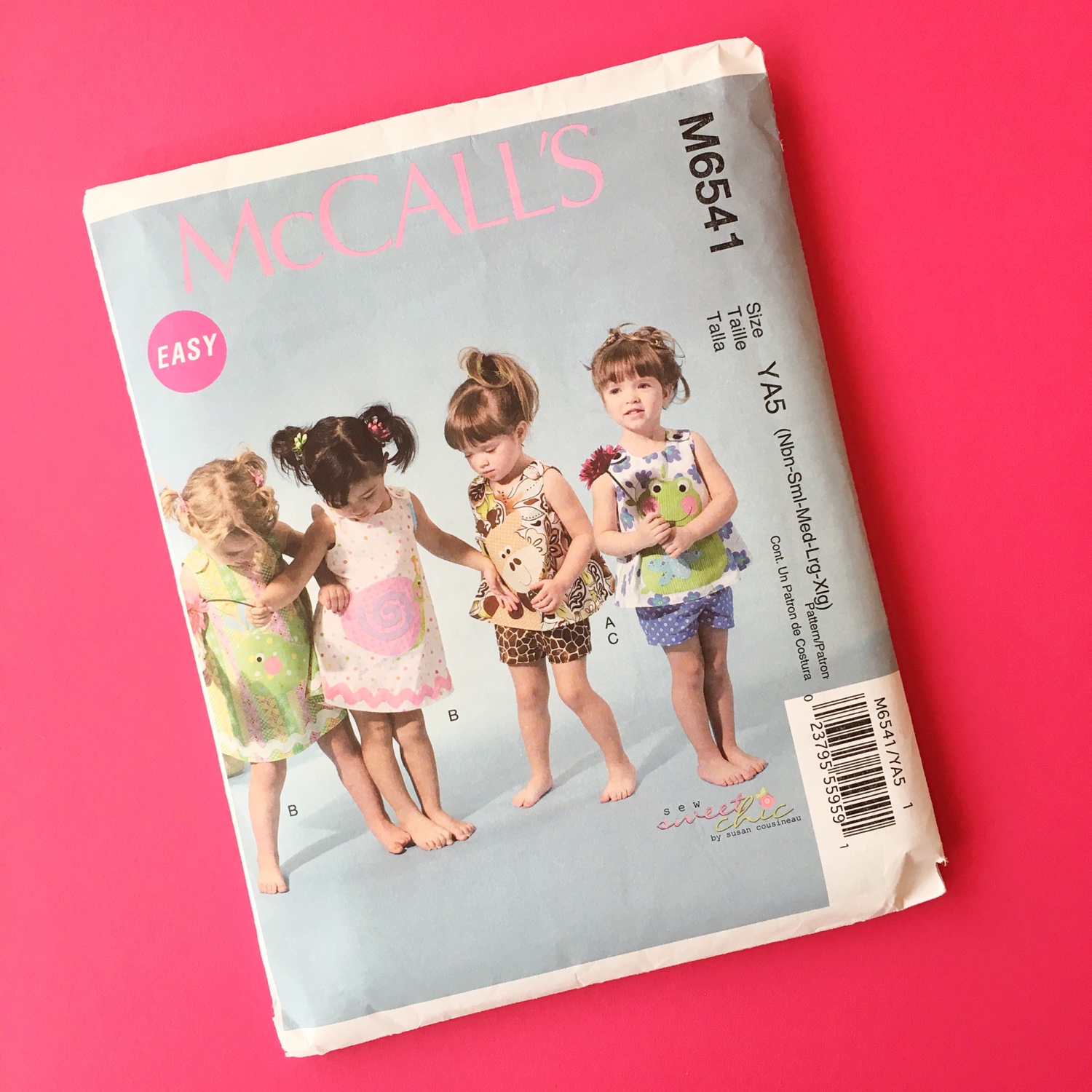 This pattern is advertised as being an easy make, but to be honest I found some of the instructions a little confusing! I ended up finishing the inside of the neck a bit differently to what it said on the pattern because I just couldn’t work out what to do. I don’t have an overlocker so I couldn’t finish it that way. In the end, I just used my pinking shears – the neck facings have interfacing on anyway so it seemed like this was the way to go. If anyone has made this pattern and managed this bit, do let me know! 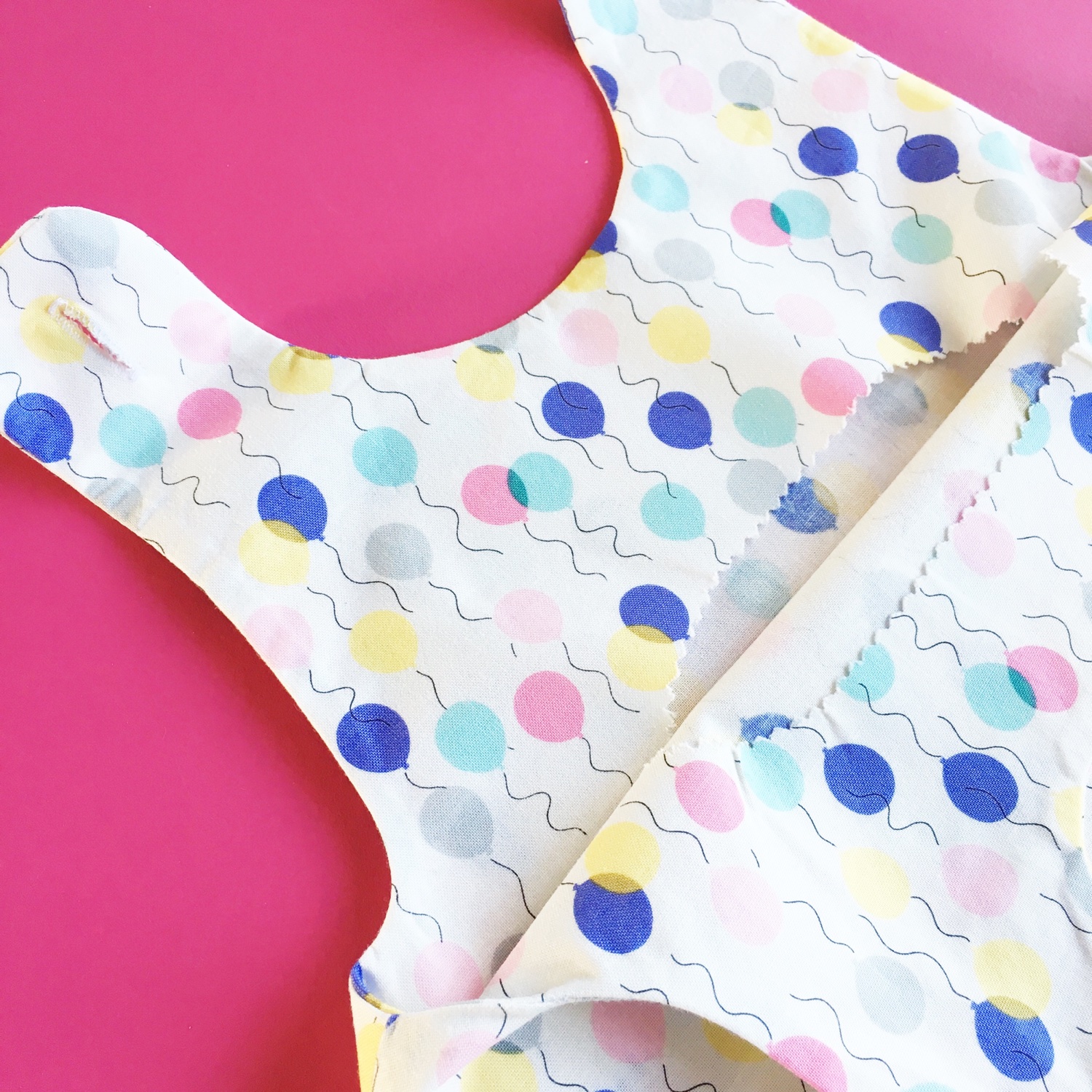 The other thing that might not be easy to do if you’re new to sewing is the buttonholes. I used the automatic buttonhole stitch on my machine (so nice after doing it manually on my old one!), and this did make it easier. If you are put off by that, you could easily use some snap fasteners instead and just sew the buttons on the top as decorative ones. 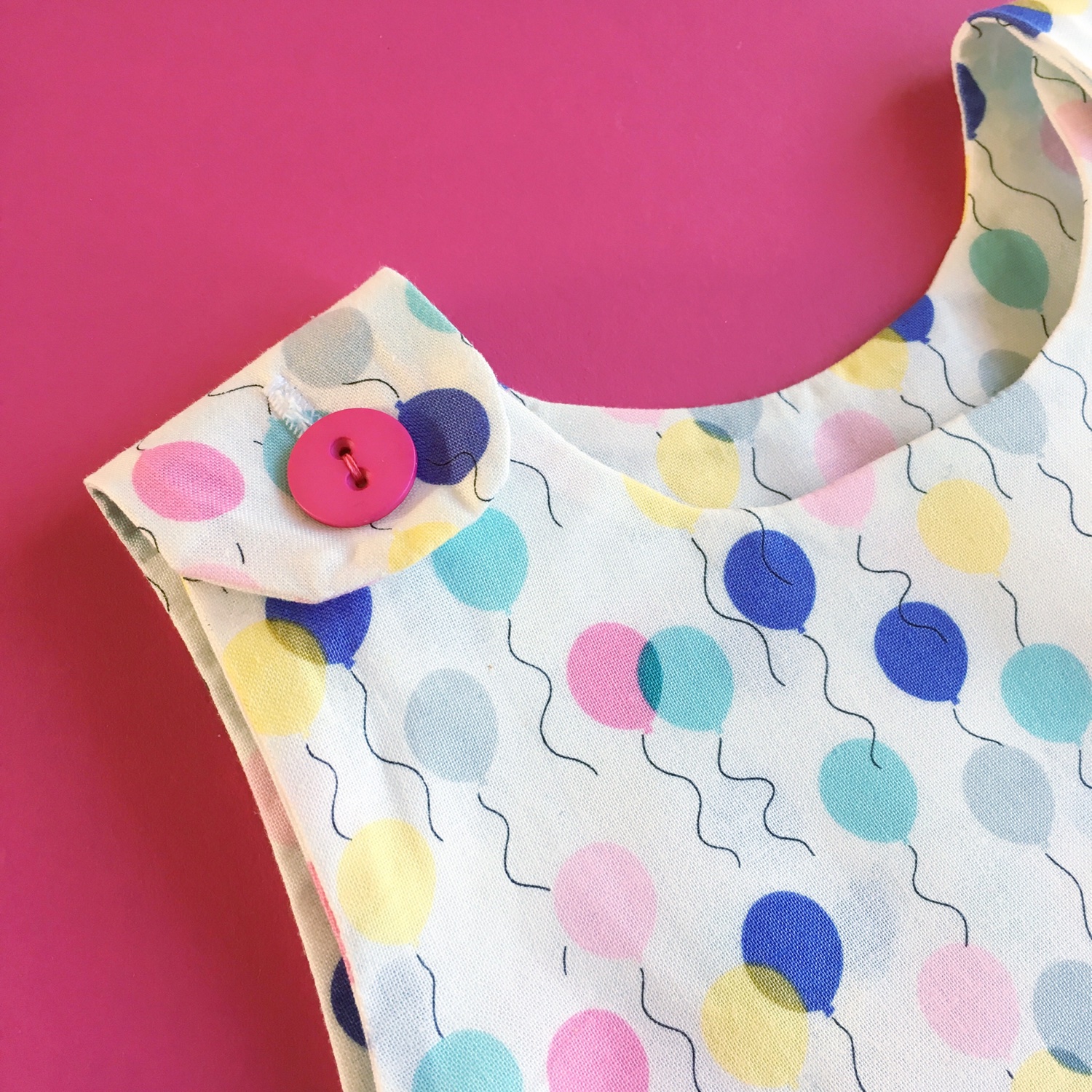 This dress was just the right fit for Little One, although it wasn’t brilliant for crawling around in! So she just had it on for a little while, but it felt so lovely to have made something special for her birthday. I’m hoping it will be the first of many! Here’s a shot of the full dress. In case you’re new to my blog, we’re not posting photos of Little One on here so this super hanger is from RedHandGang on Etsy. 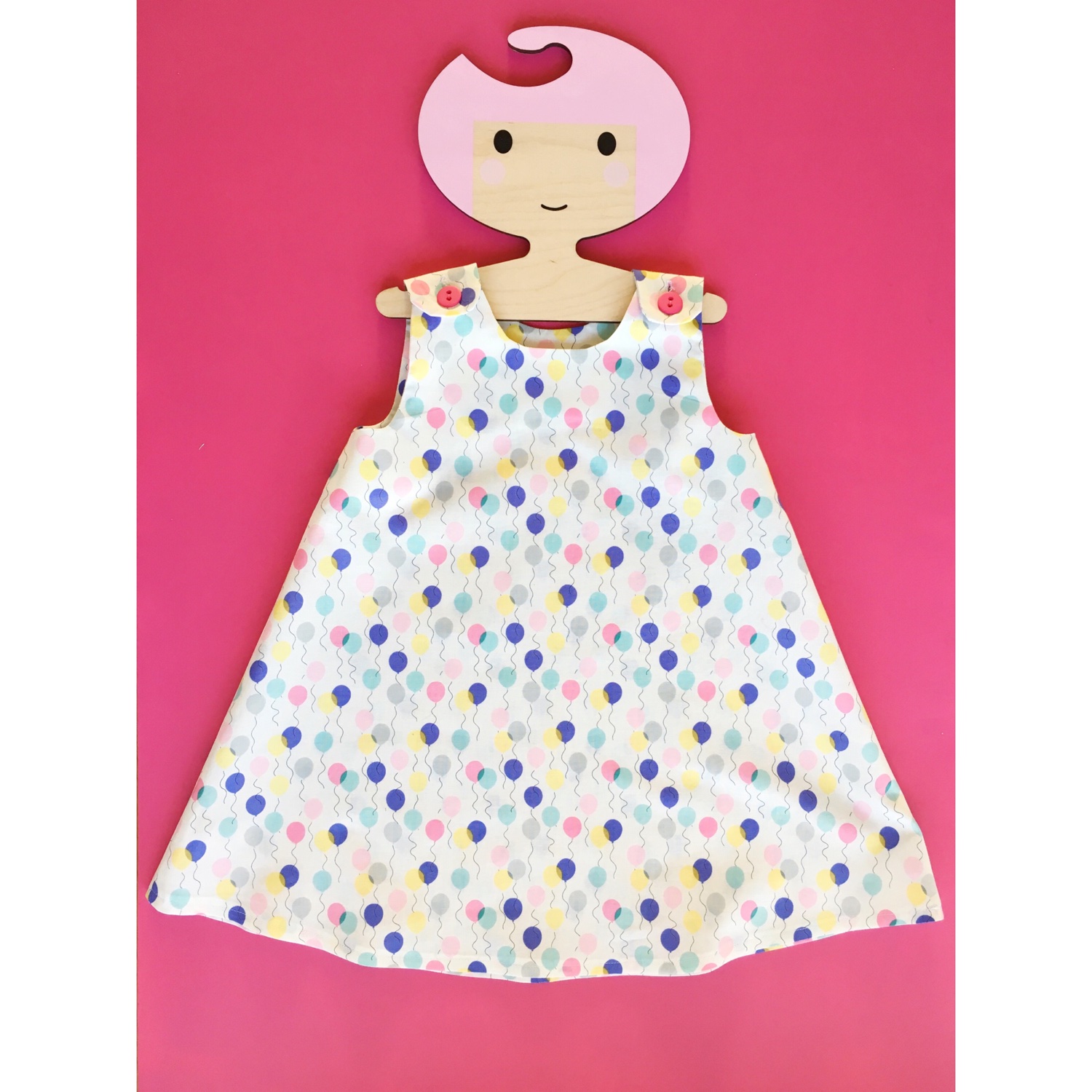 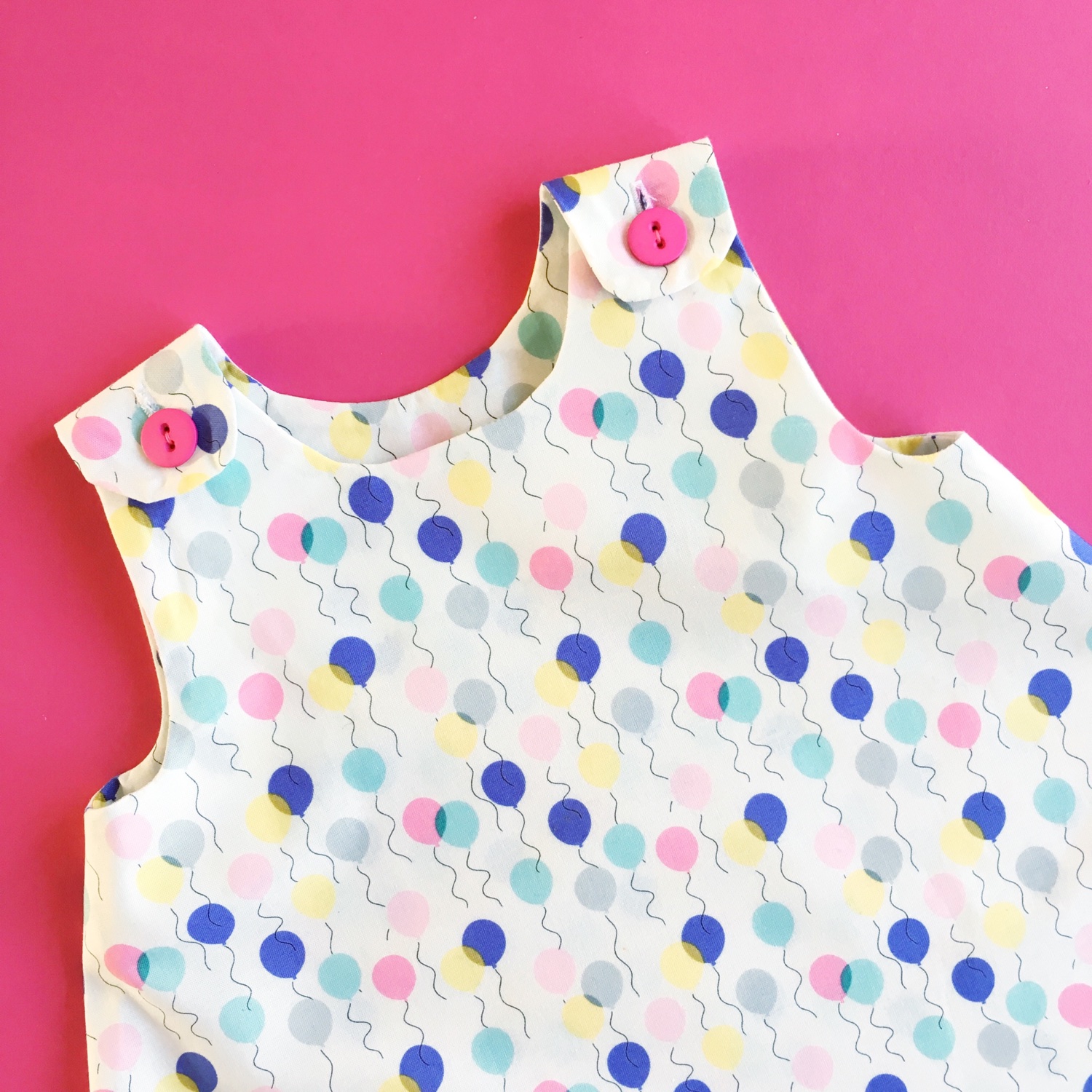 I’ve got another birthday make to share with you and I’m hoping to share that over the next couple of days. I’m also working on the next newsletter, so don’t forget to sign up! 🙂