A few years ago I decided to get my embroidery thread a little bit more organised, and I spent rather a long time putting them all on to cards to put in a compartment box. It’s one of those jobs that does take a little while to get done, but it’s really satisfying and totally worth it!  I realised recently that it was about time that I did it again. Bobbins and floss in a freezer bag does NOT count as being organised! So I got myself a couple more boxes, and in this post I’ll show you how I went about reorganising my embroidery thread.

Which box to choose?

I wanted to have similar boxes to the one I already had, and this one from Hobbycraft is pretty much identical. [Edit: not currently available, but check out this one instead!). What I like about this one is that you can see through the lid, which is quite helpful! I have acquired quite a large collection of thread over the last year or so, and have ended up with one or two duplicates. 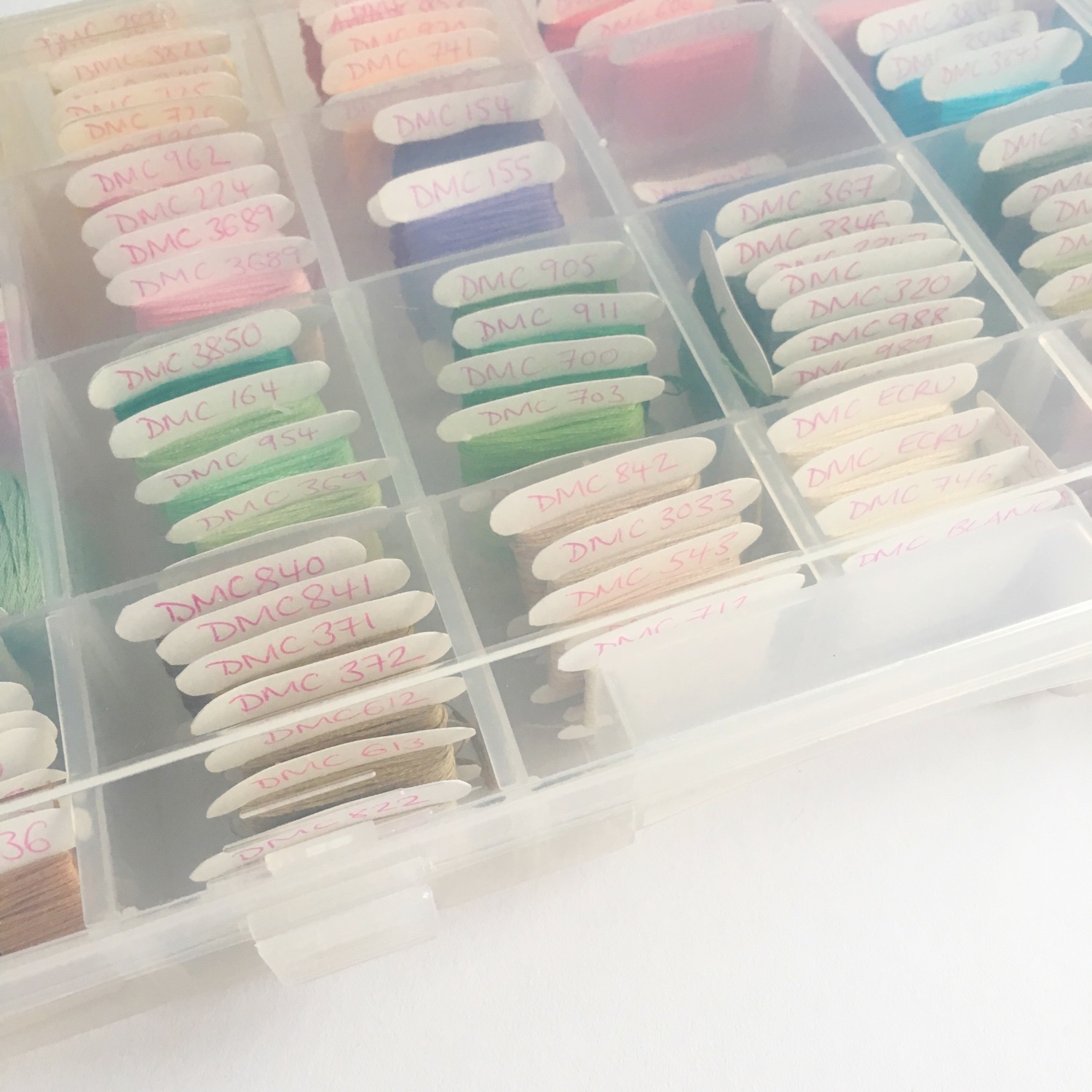 I decided to have one box for my DMC thread and one for Anchor thread, partly to avoid duplicates but also to help avoid mixing brands in projects. This is important if I’m designing a new pattern! 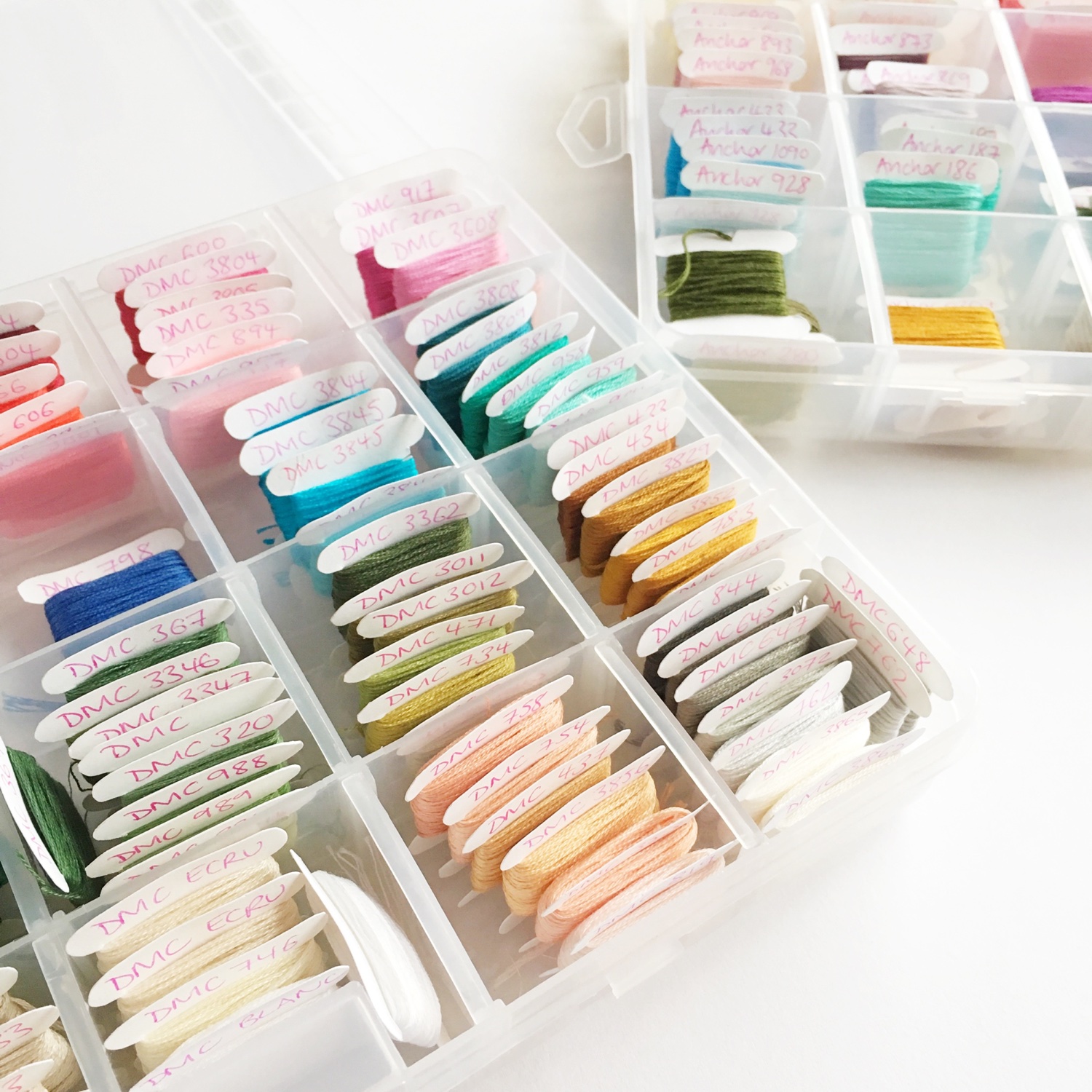 The original box is now being used for other thread that I have, like the DMC light effects thread. It’s quite hard to put this on bobbins so I find it easier to keep it as a skein. 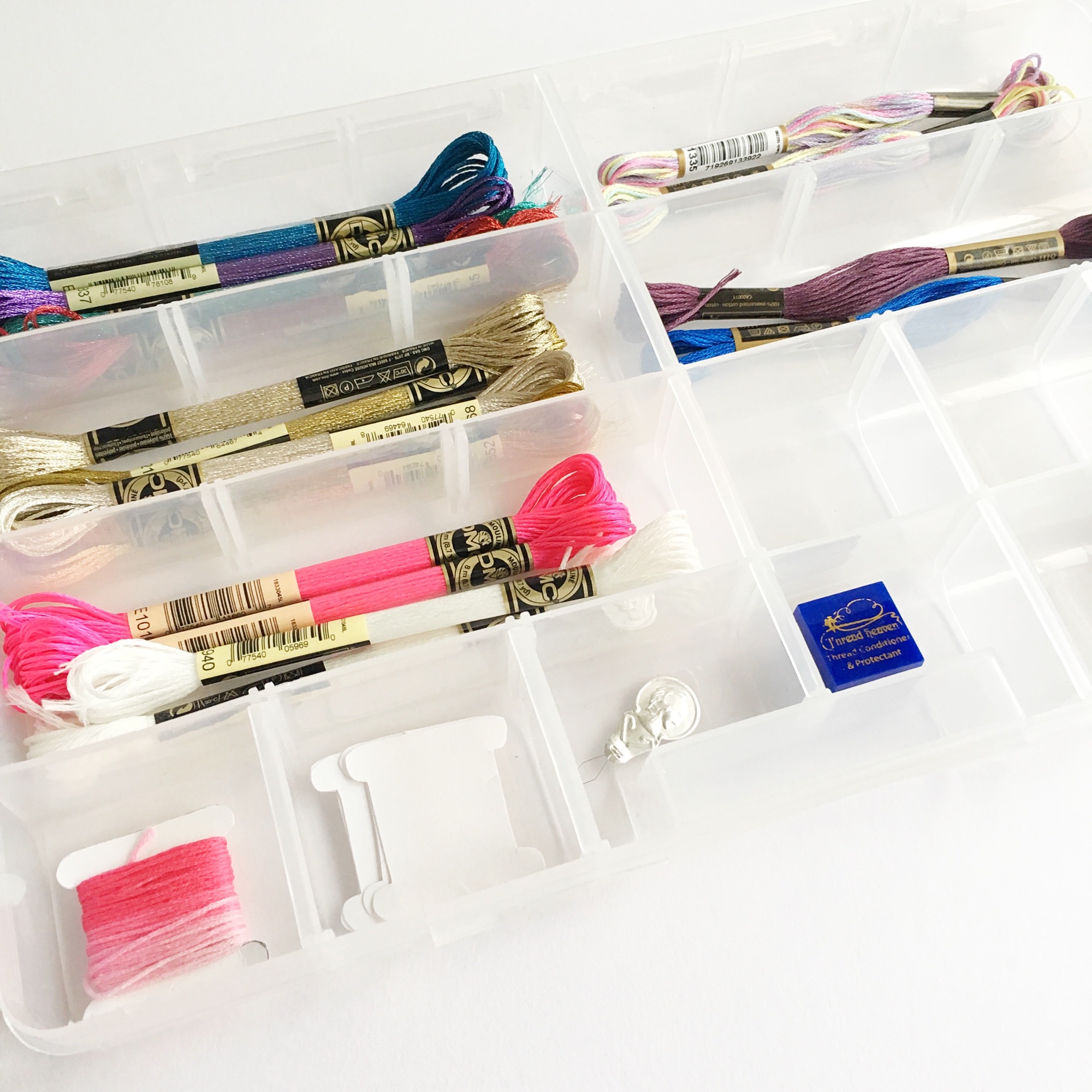 These are some other threads that I am yet to organise – they were very kindly given to me by a friend of a friend who had acquired a whole lot of craft stuff. I’ve never organised my thread on cards like this, but the lady who did it has cut the skeins ready to sew. I love the beautiful colours all laid out like this. 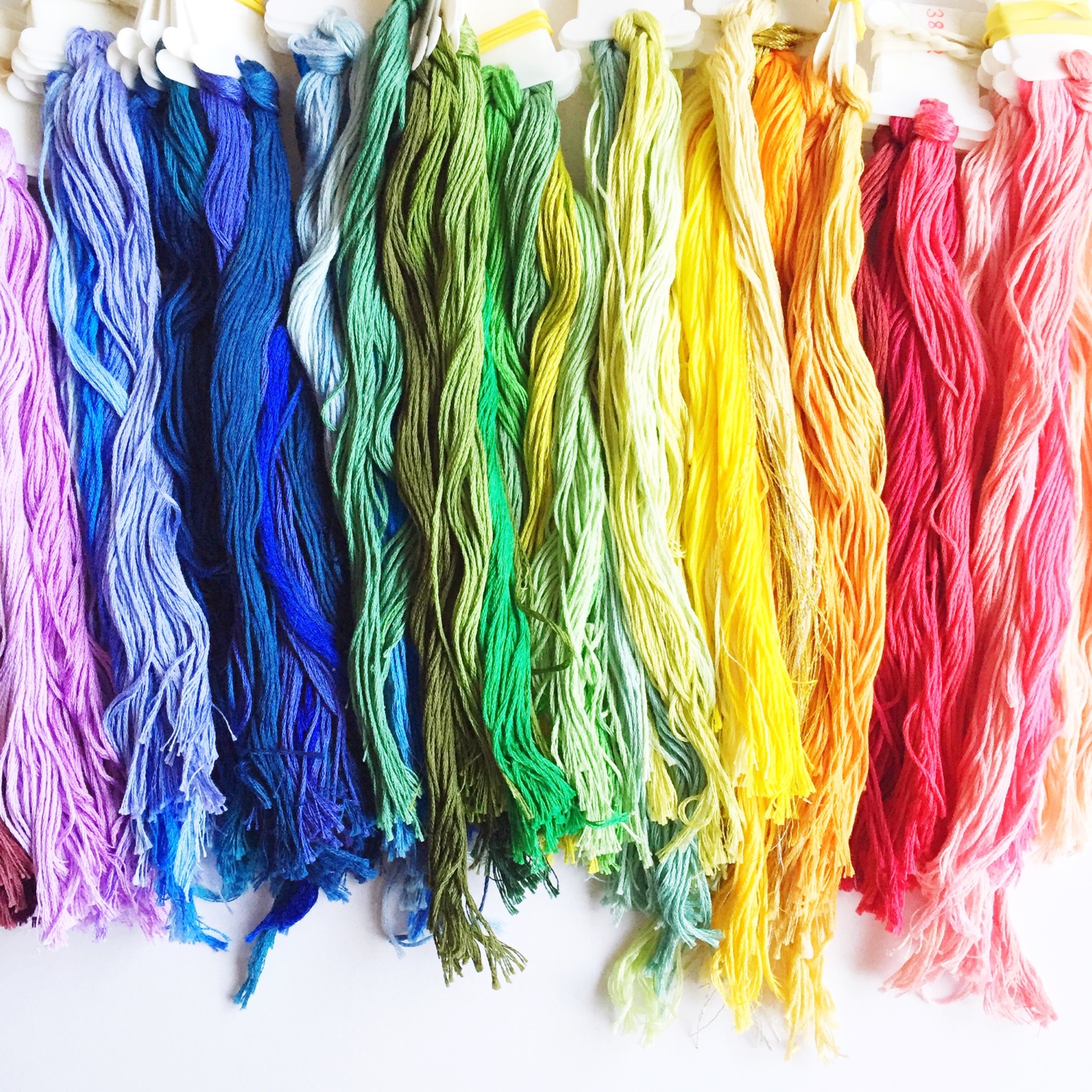 Getting my all of my craft stuff organised is happening again as I realise just how mobile a 9-month old can be! I’m thinking about adapting my travelling craft suitcase to have all my sharp tools and current projects in. I think this will be super useful – having everything I need for current projects in one place. I waste so much precious time finding what I need! 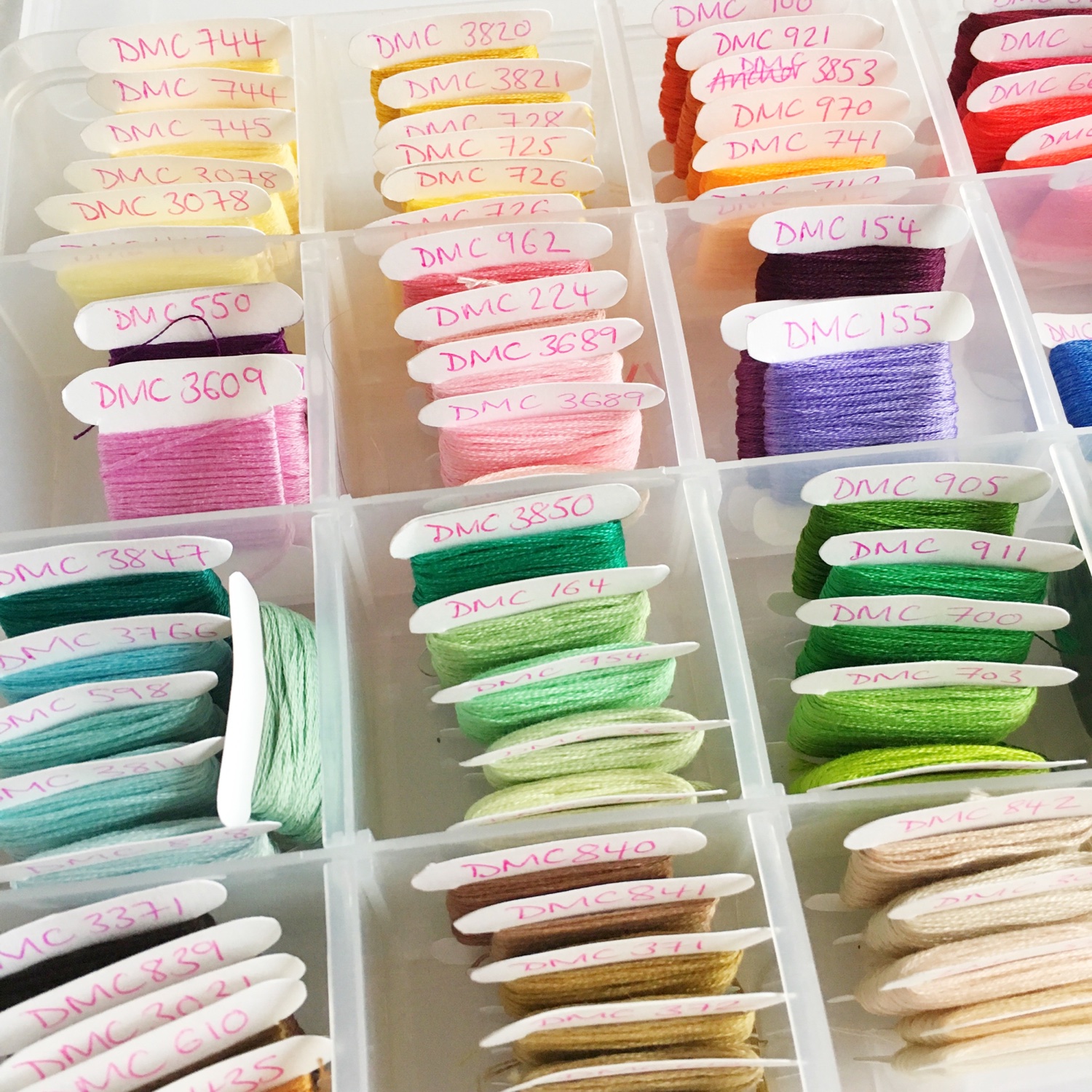 How do you organise your thread and current craft projects?