I have been meaning to write a post about our garden for such a long time now! I have also been meaning to get out and do a few jobs in it, but it has been so windy recently that it makes it impossible to do the jobs that we need to do…and I also usually get distracted by the many other things I like doing! Our garden has taken a bit of a back seat this year really, mainly because we have been planning some serious building work (which still hasn’t started yet, but will hopefully over the next week or so…). We won’t be able to access the back garden for a little while as the work happens, so this meant that we didn’t plant loads of new things that would need lots of attention. And the front garden? Well, that’s for another time!

A few months ago we bought a few new plants with vouchers that we were very kindly given by our friends and family for our wedding last year. I say a few, but we did manage to fill the boot of Keith’s car! 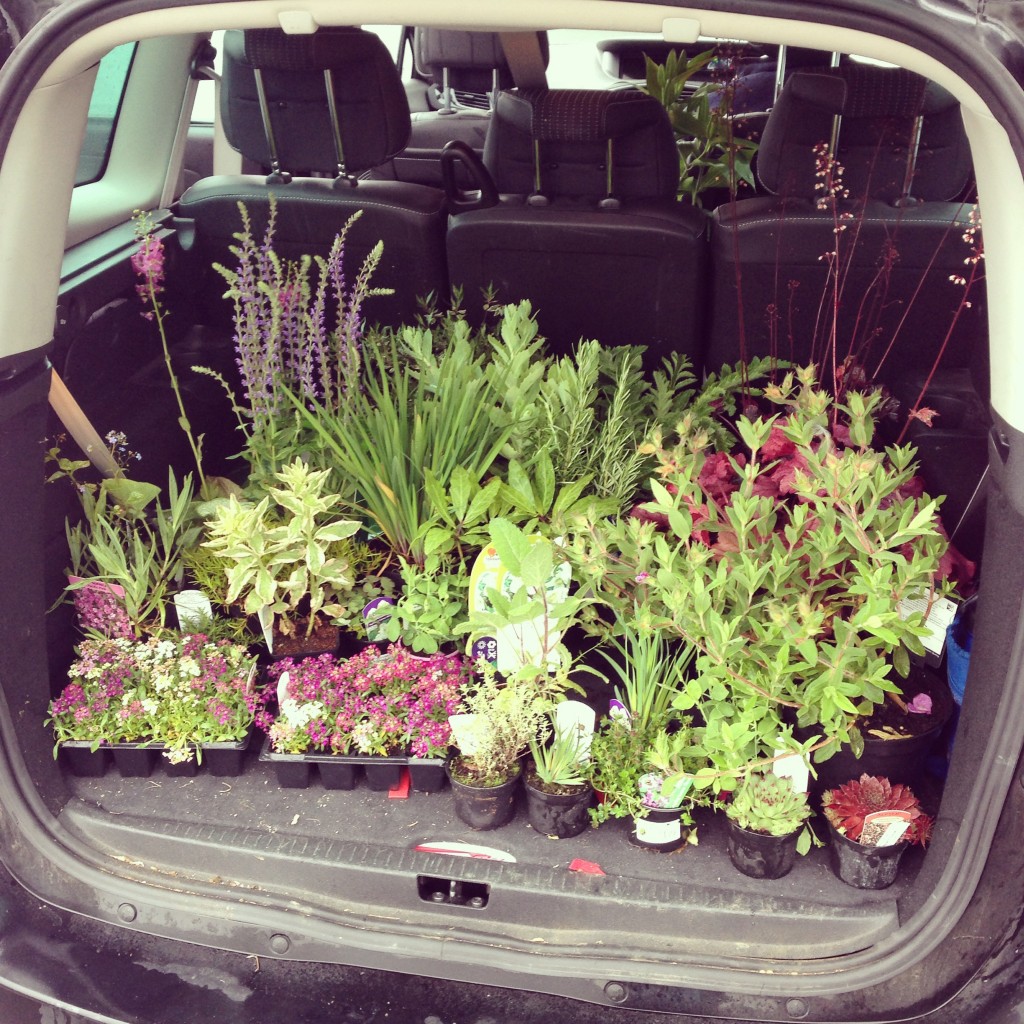 Over the last few years we’ve done a lot of major things in our garden – we removed two conifer hedges that were down each side of the garden and dug out part of the existing lawn to create some wider borders. We dug up the front lawn and removed an ‘ornamental’ ash tree (!!) at the same time – but haven’t actually touched the front garden since then. Once we’ve had our building work done, I’m really hoping we can make a start on that…Anyway, these plants would fill in some of the gaps in our borders very nicely, and we started by working out where they would go: 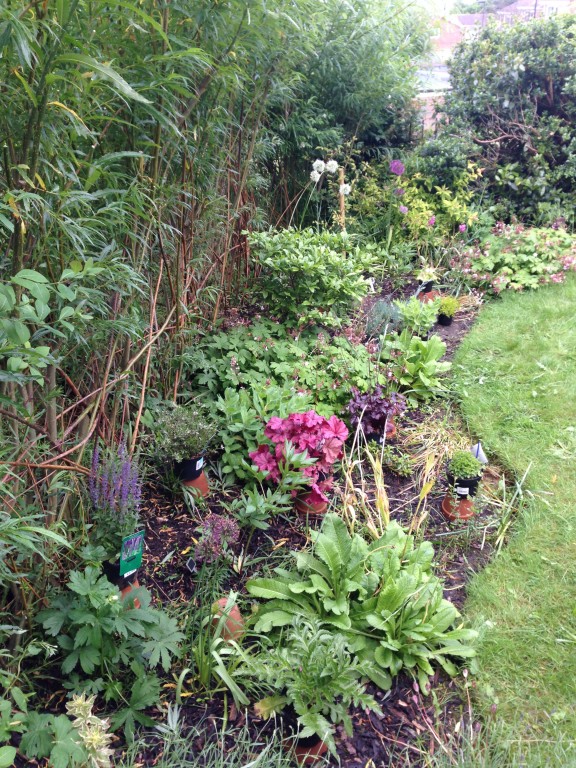 Then, after a bit of well-needed weeding we got them planted! 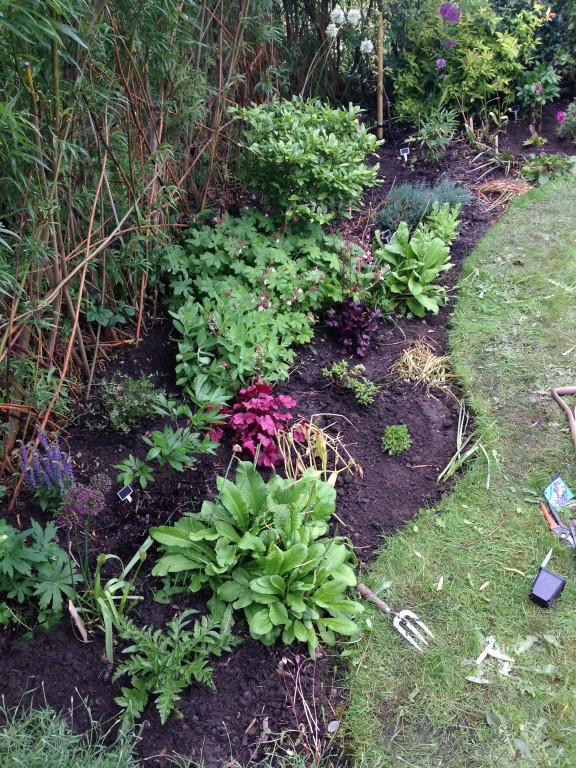 We were really grateful to have Helen there to help us – especially when it comes to pruning our hedge at the back! Things were starting to come together nicely once we had got the new plants in:

Our borders have filled out really well since then. Now that Autumn is well and truly here, the leaves are turning on the willow and things are dying back a bit. We realised this year that it’s much easier to cut back the willow early in the year instead of now, because all of the leaves have fallen off and it saves having to remove them! I’m really pleased that we chose to put it in. I realised that this photo was taken before I made my bird bath – the birds have finally got the hang of it now and they love it!

Our yellow rose has done so well this year after we gave it a really good cut back at the start of the year. It has produced so many flowers and is even still going – I took this photo last week when I went to hang up some washing! 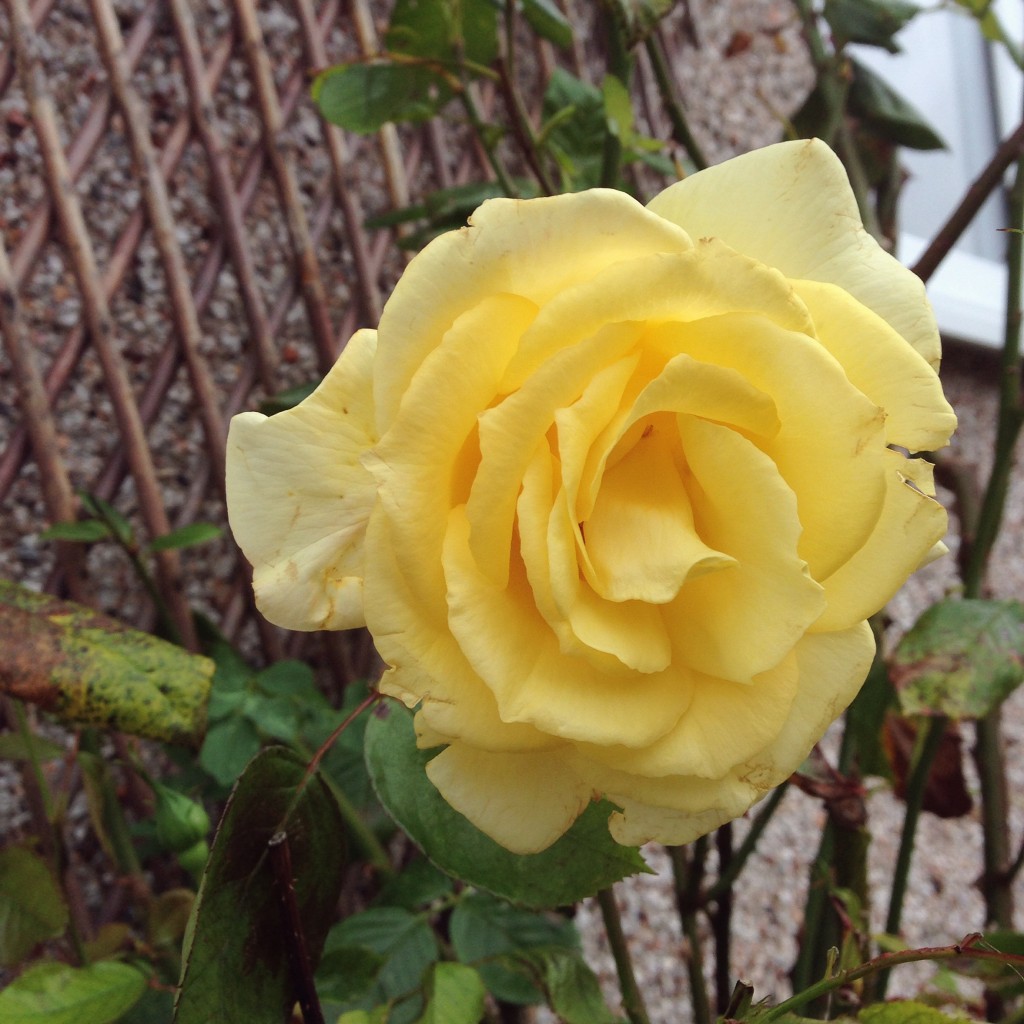 Hopefully we’ll be able to remember some of these things for next year. I guess it’s quite useful to document this on my blog – I must remember! There are so many things that I’d like to do in our garden next year, but if this year is anything to go by then I had better not make too many plans…in the meantime, I’ll enjoy the last flowers before winter comes!