This week was week 8 on our kitchen build – and what a week it was! Thankfully, our windows and door arrived as scheduled on Tuesday, which meant that the old kitchen wall could be knocked through. I worked from home on Tuesday afternoon and by the time I got home at lunchtime, the windows and door were in and the wall had gone! The photo above is what I managed to snap through the window of the door to the living room. I can’t tell you how exciting it was to get to this point!

There were so many people working on our kitchen that day – the plasterers and electricians were here in addition to the usual team working on it. The tiler came over to discuss what we’re having and the cooker was delivered too. And in the middle of that I was doing my marking…crazy! 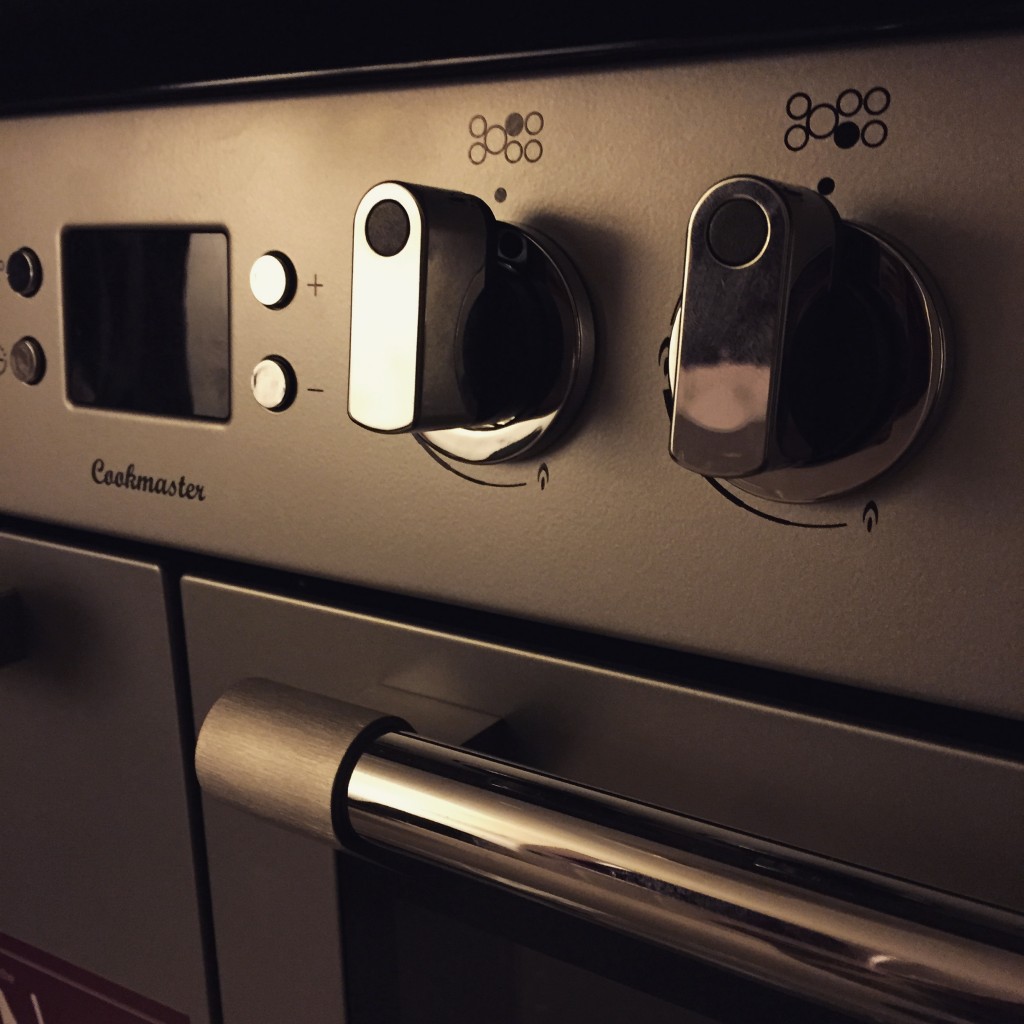 We took some photos on Tuesday after the builders had gone and it was brilliant to see the size of the new kitchen. I’m fairly good at imagining things, but the space feels much bigger than I thought it would. It’s so light with the big windows too – our front window is 182cm wide! 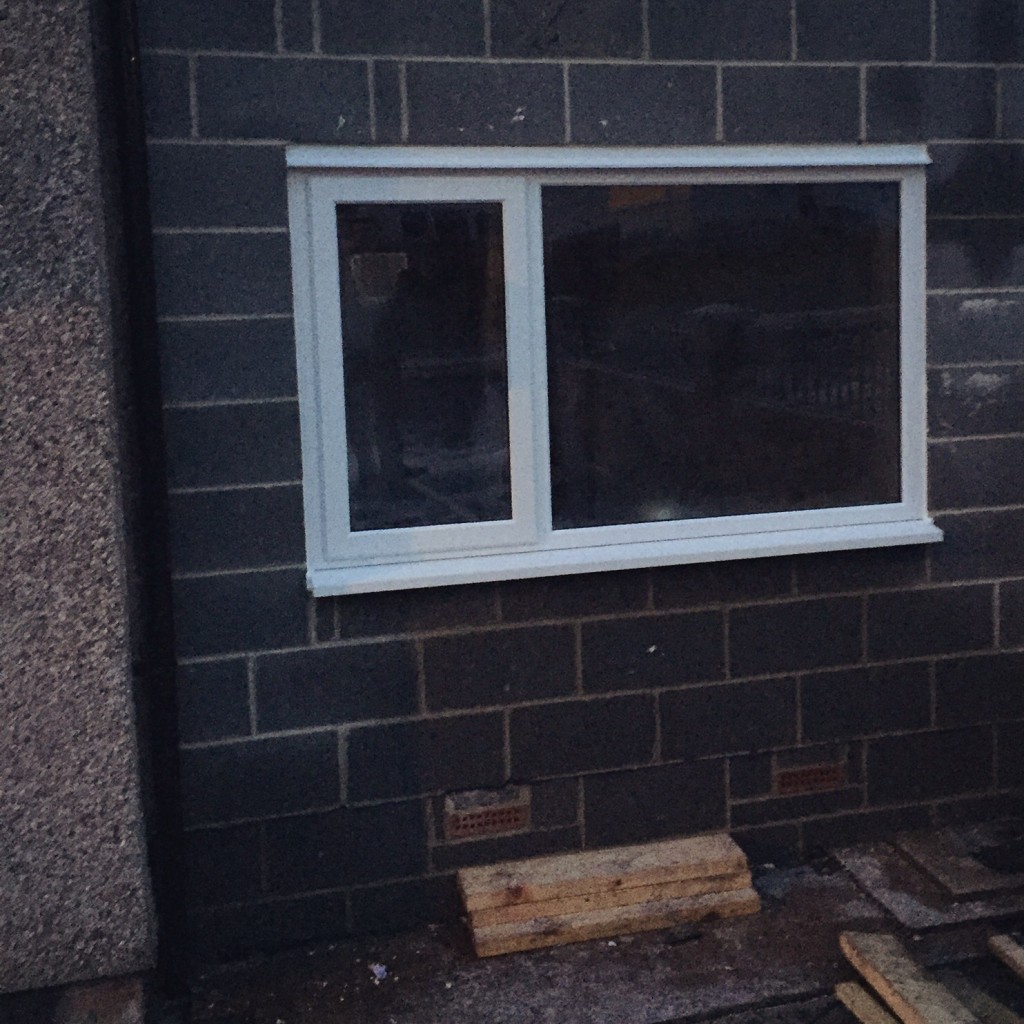 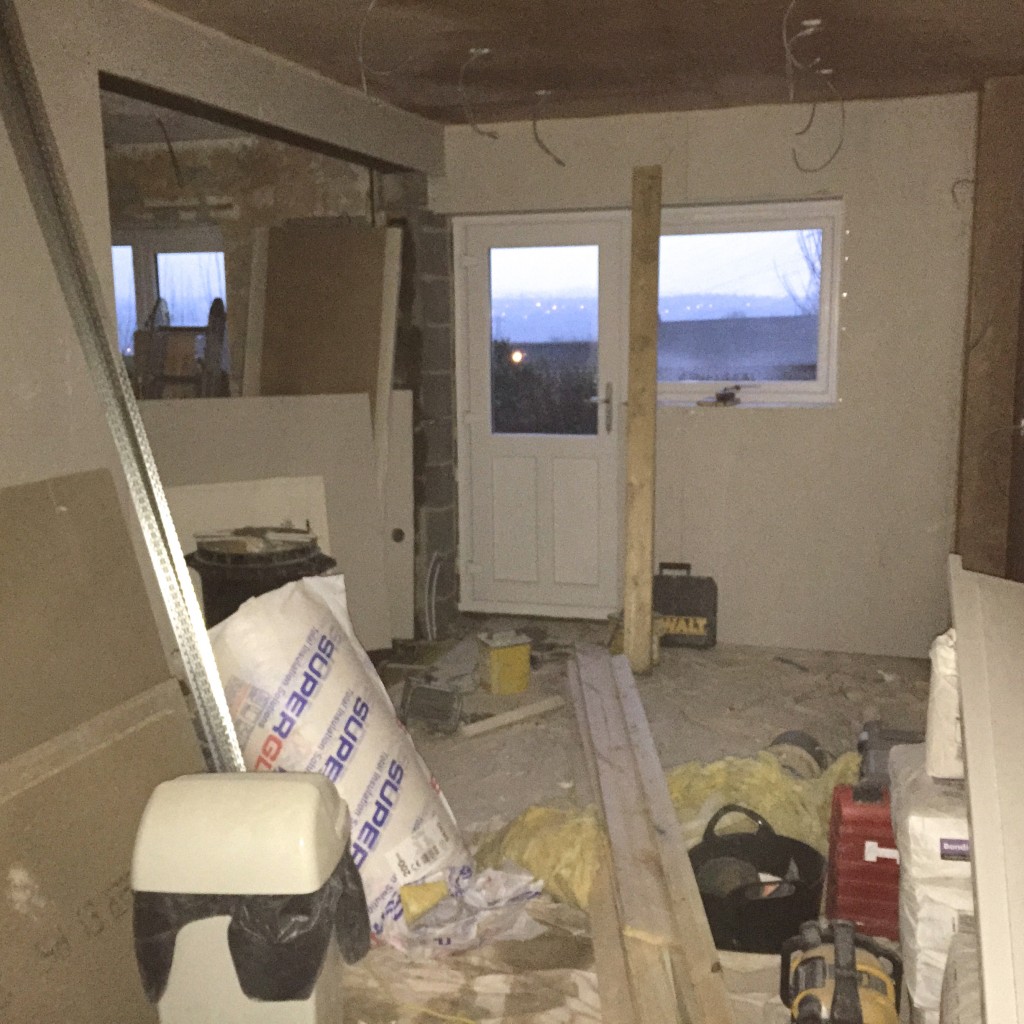 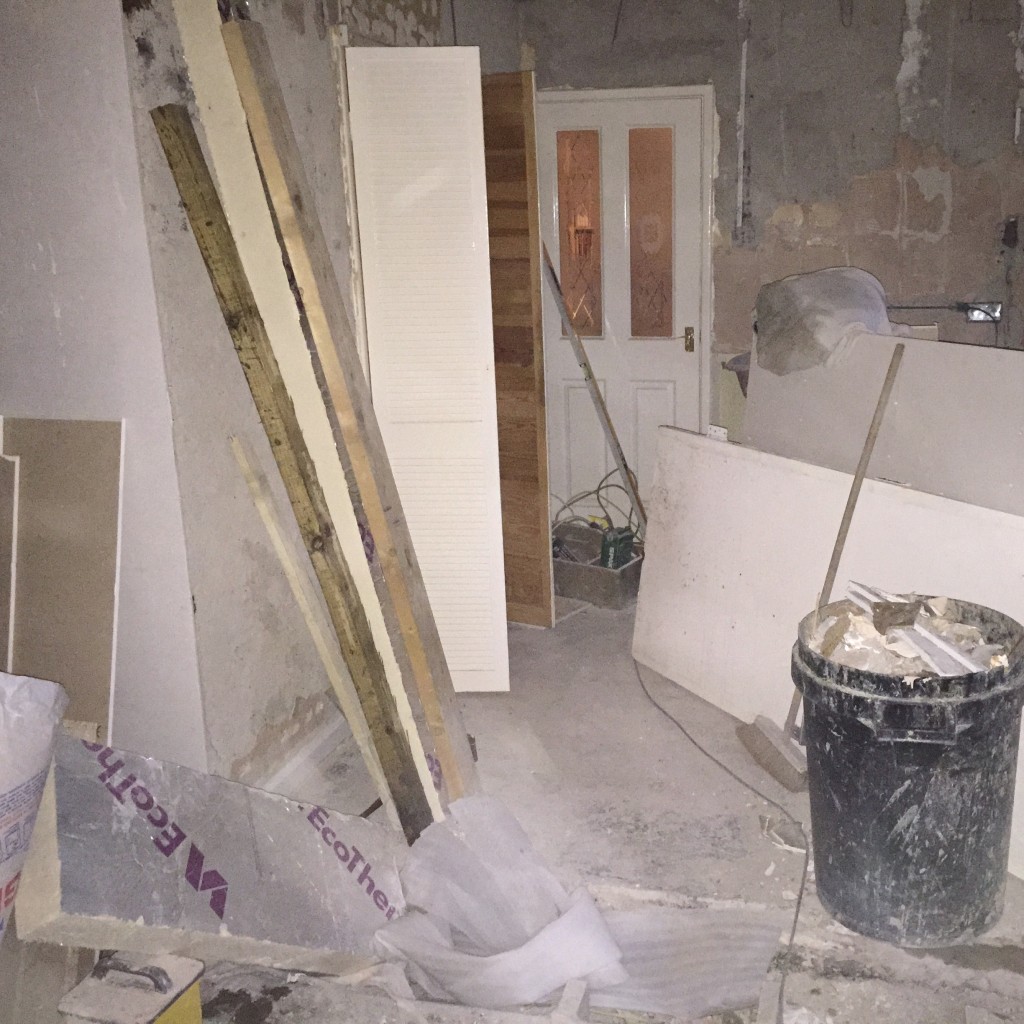 Since then it has been all go – the plasterers and electricians were even here yesterday (Saturday)! Our kitchen was delivered yesterday too, so that is going to be fitted this week. There are so many boxes in the kitchen now! We also have lights, which is just amazing – it means I can take better photos after they have finished for the day too haha 🙂 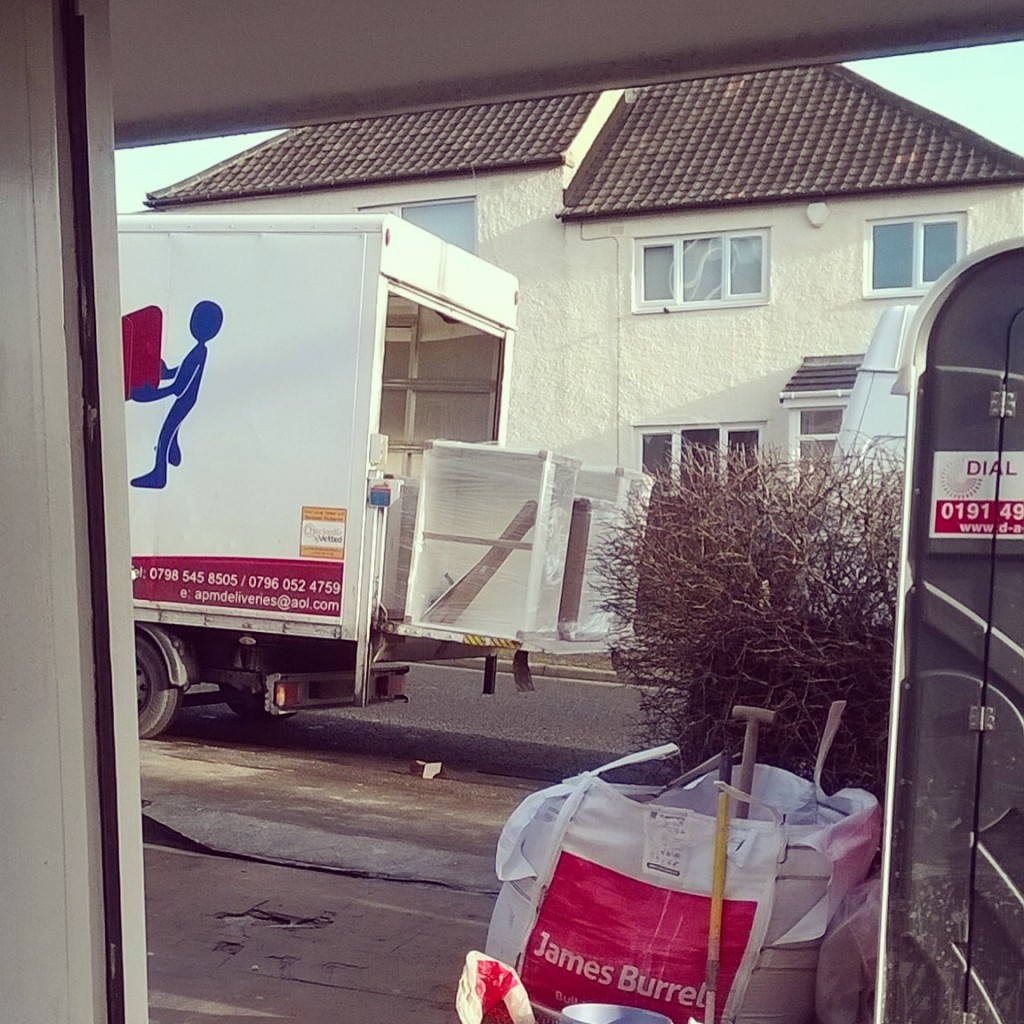 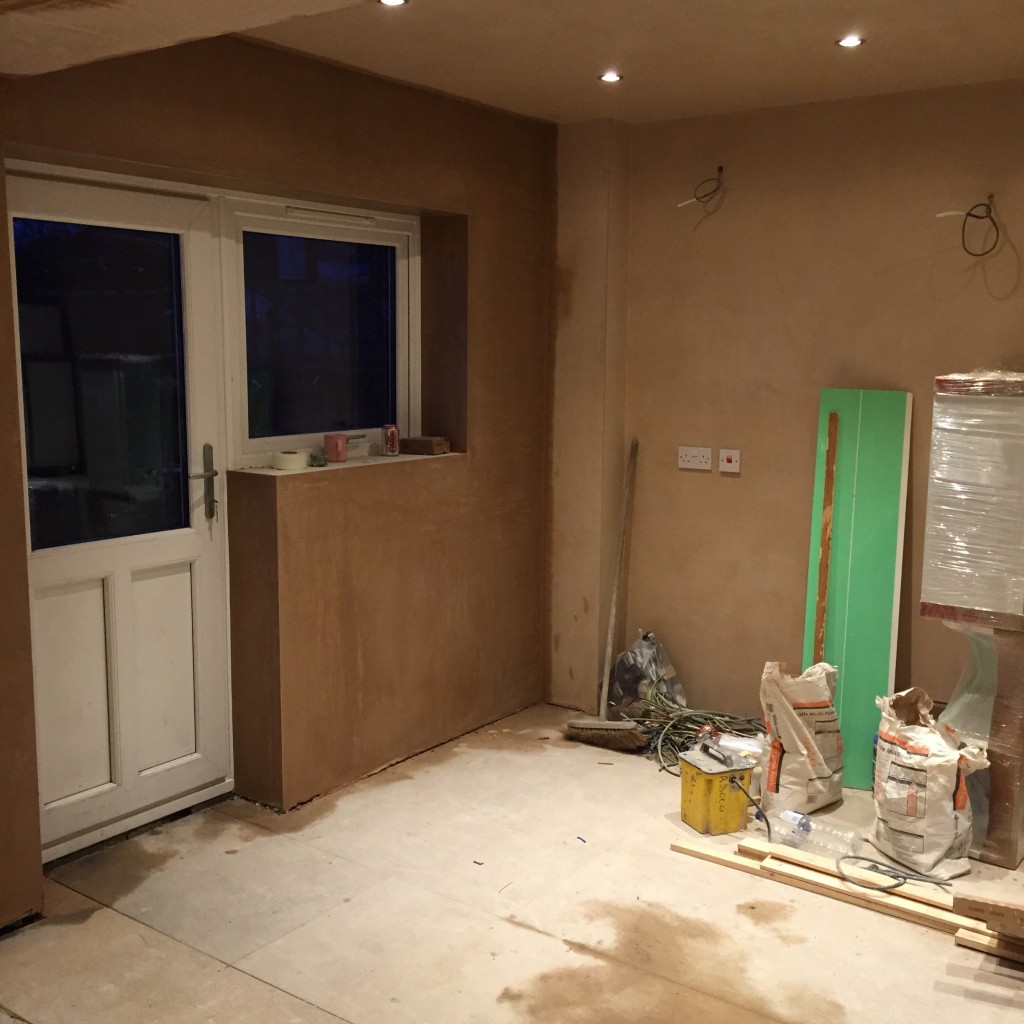 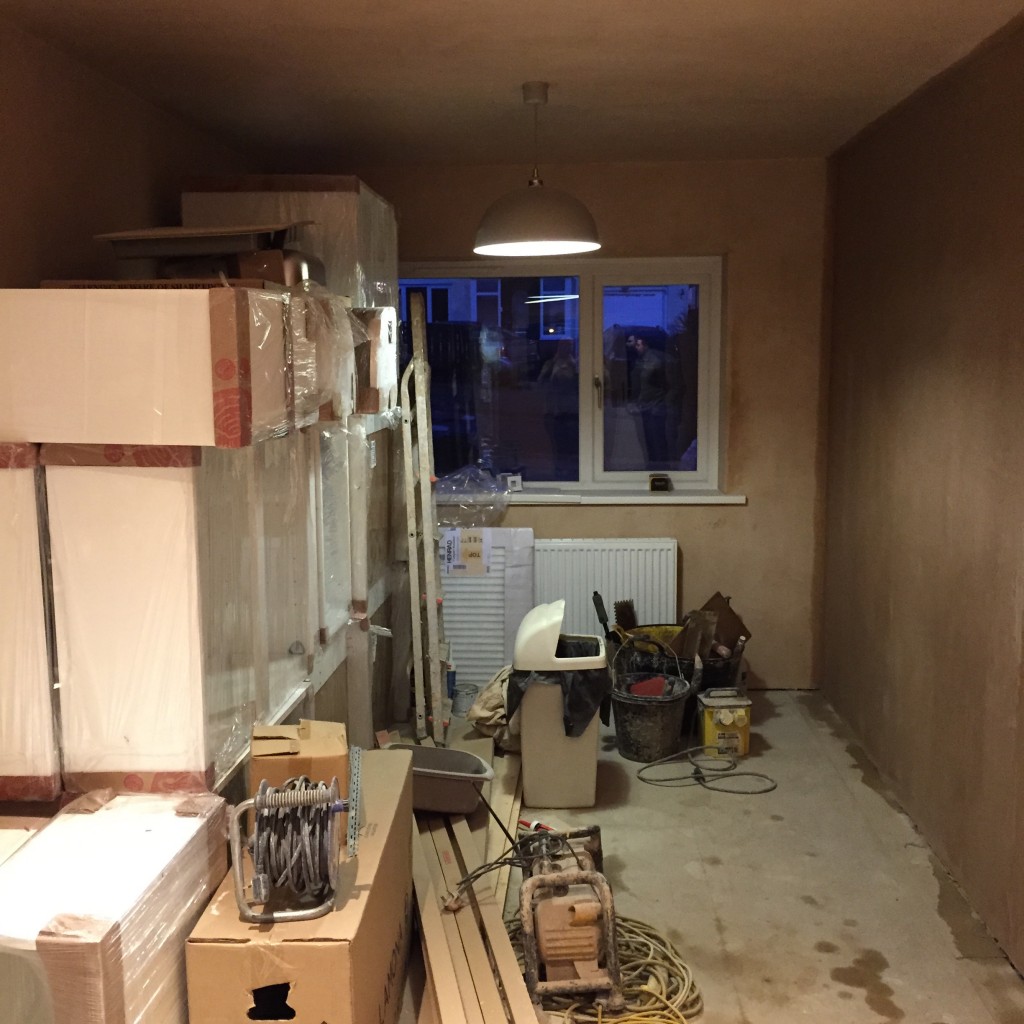 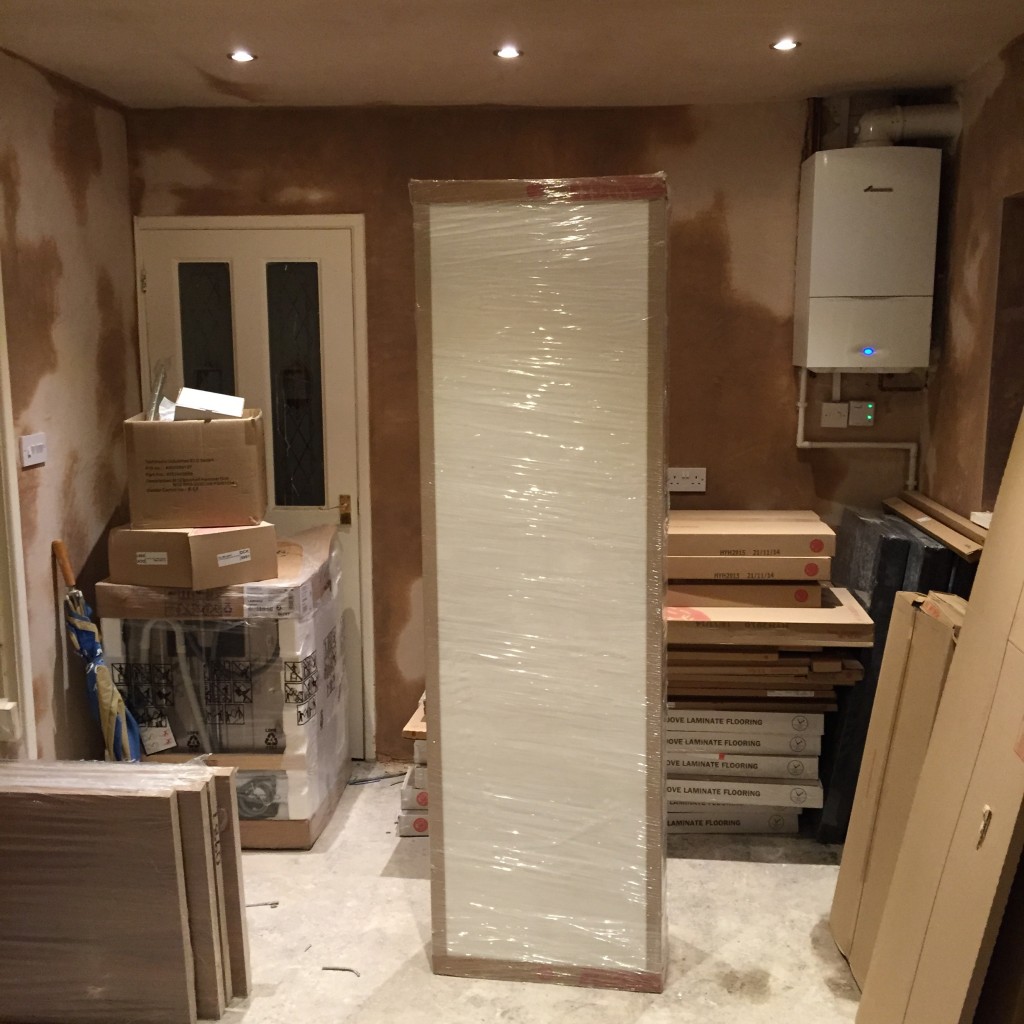 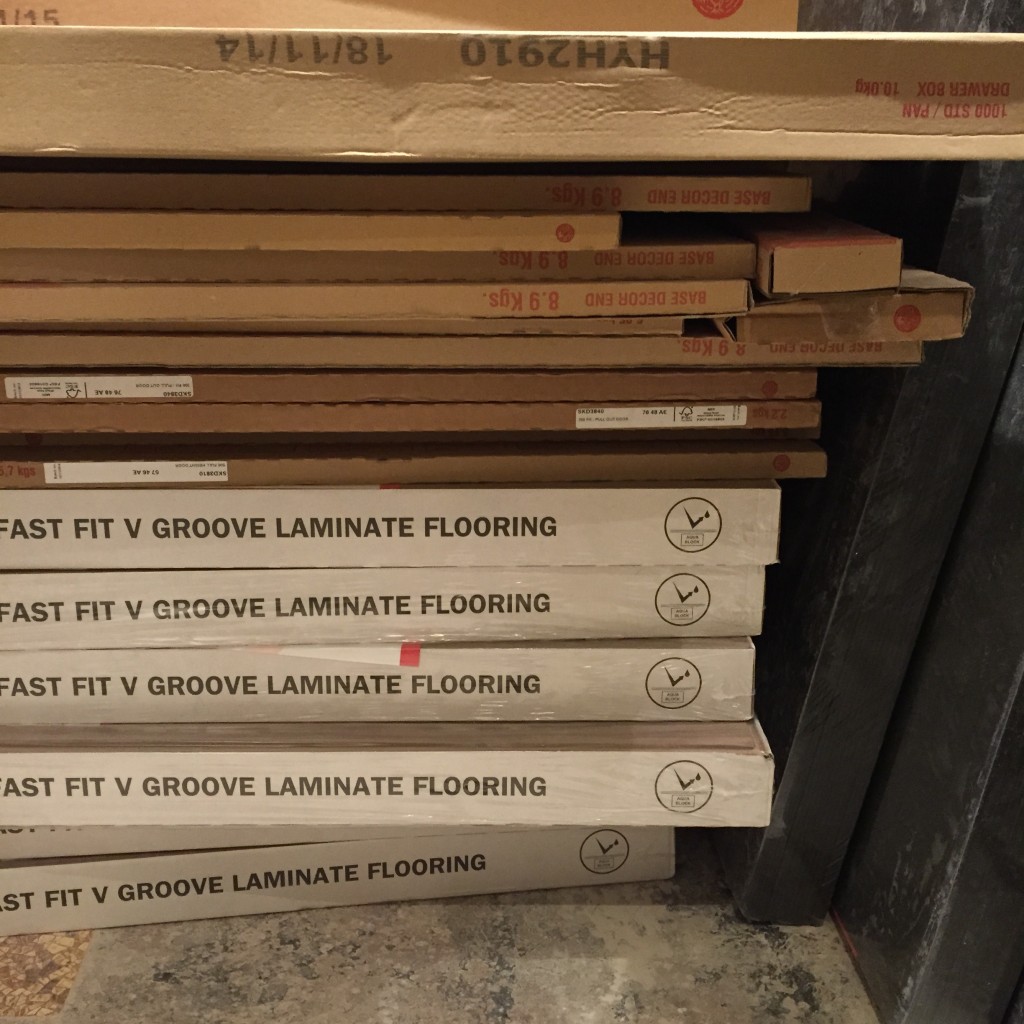 I spotted this on the box of handles – this is a musician’s joke, haha! 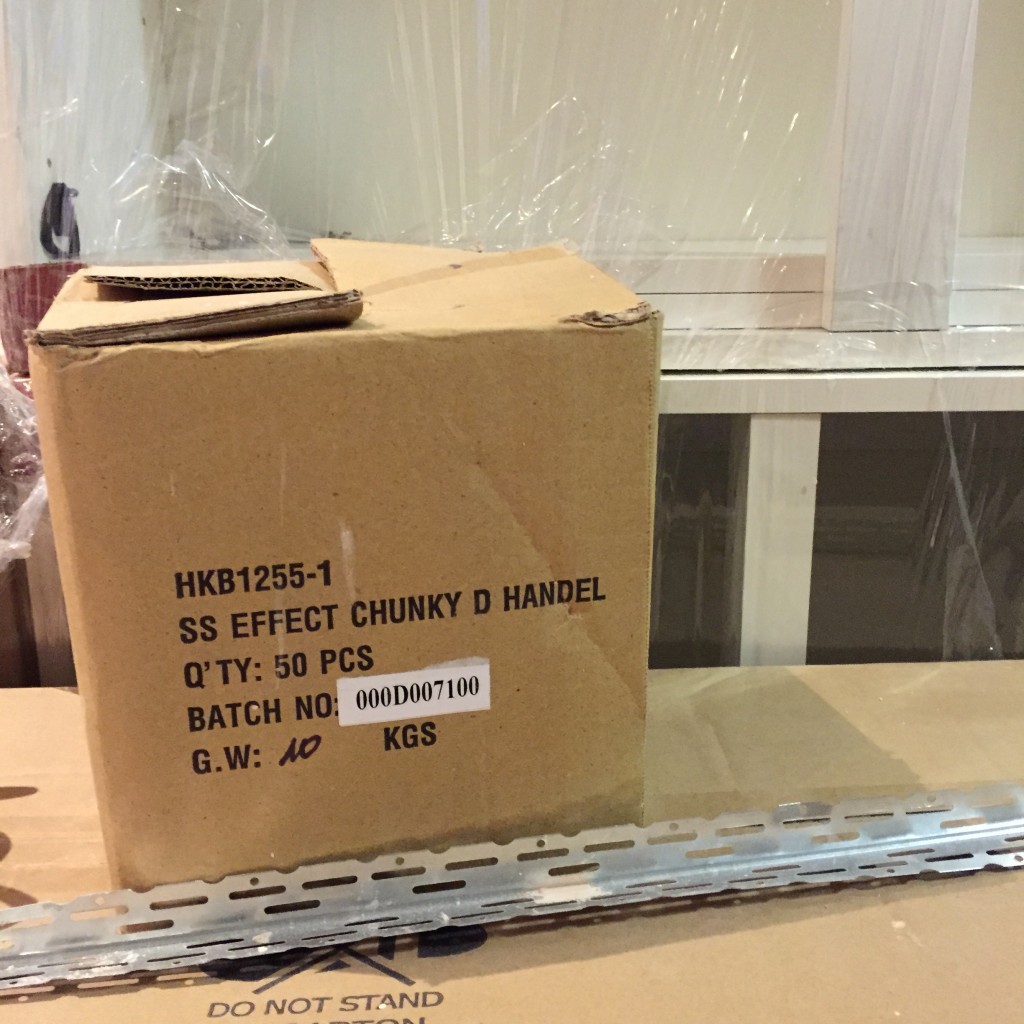 The rendering has been finished outside too. Pebble dash isn’t the prettiest thing in the world, but we had to have it so that it matched the rest of the house. As much as I’d like to paint it, I know that once we do it’s a job we’ll have to do every other year or so and I’d rather spend the money on something else to be quite honest! So this matches the house perfectly. 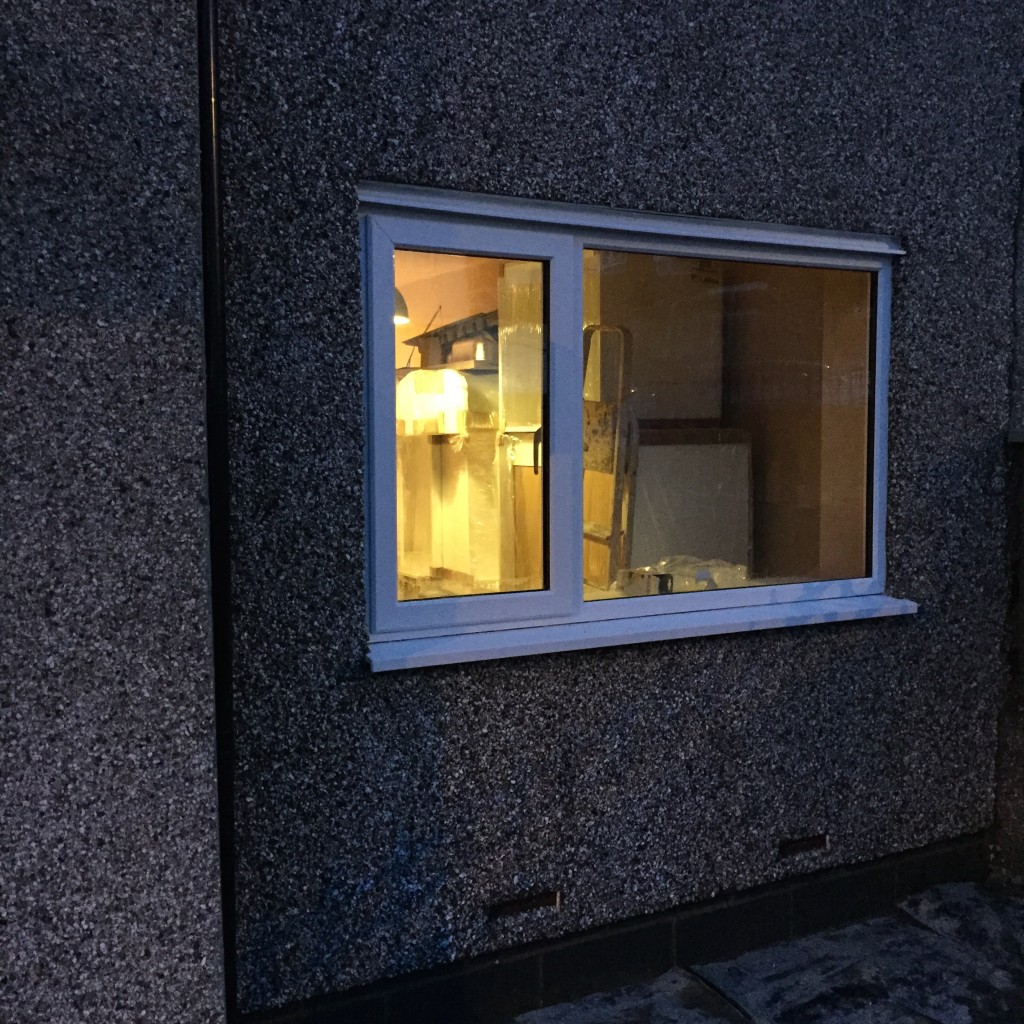 So, all of the construction side of things is complete now and there’s just a week to go! Can you believe it?! The kitchen will be fitted from tomorrow and the decorator is coming on Thursday. There’s just one thing that will have to wait until the week after, and that’s the tiling (because the tiler was fully booked this week). We’ve decided that we’re just going to have tiles for a splash back now, so it’s a small-ish job for the week after. I can’t actually believe we’ve got to this point! I’ll share some more photos with you next week…exciting! 🙂