Our builders have been working so hard and are making brilliant progress with our new kitchen! The weather has been a bit hit and miss, and the main problem has been the gale force winds that many of us have been experiencing around the UK over the past couple of weeks. The roof (which is temporary until we do the next storey up at some point) went on last week, and I felt so sorry for the guys who were up there trying to seal it all up in the wind! It looks fab though and will keep us dry and much warmer than our old garage roof did. They also put a nice bit of steel in, which will hold up everything above it when they knock out one of our current walls. 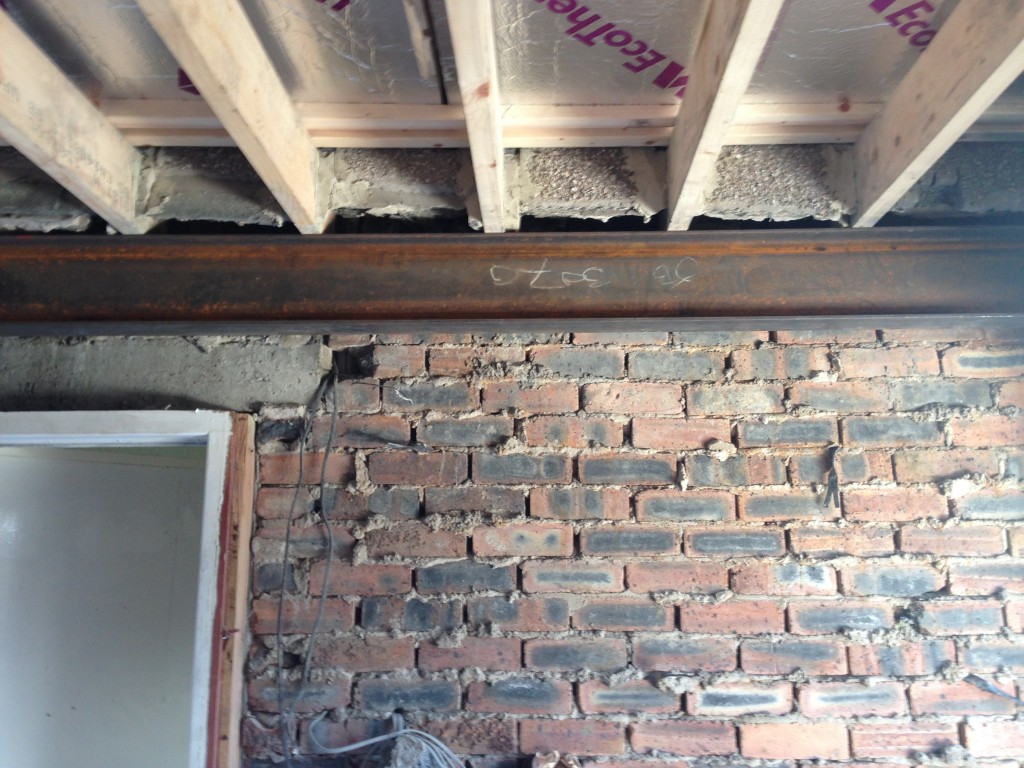 The floor joists went in last week too, again with lots of insulation between them. It felt really good to walk on the floor of the new bit of the kitchen – I know that might be weird, but it was! 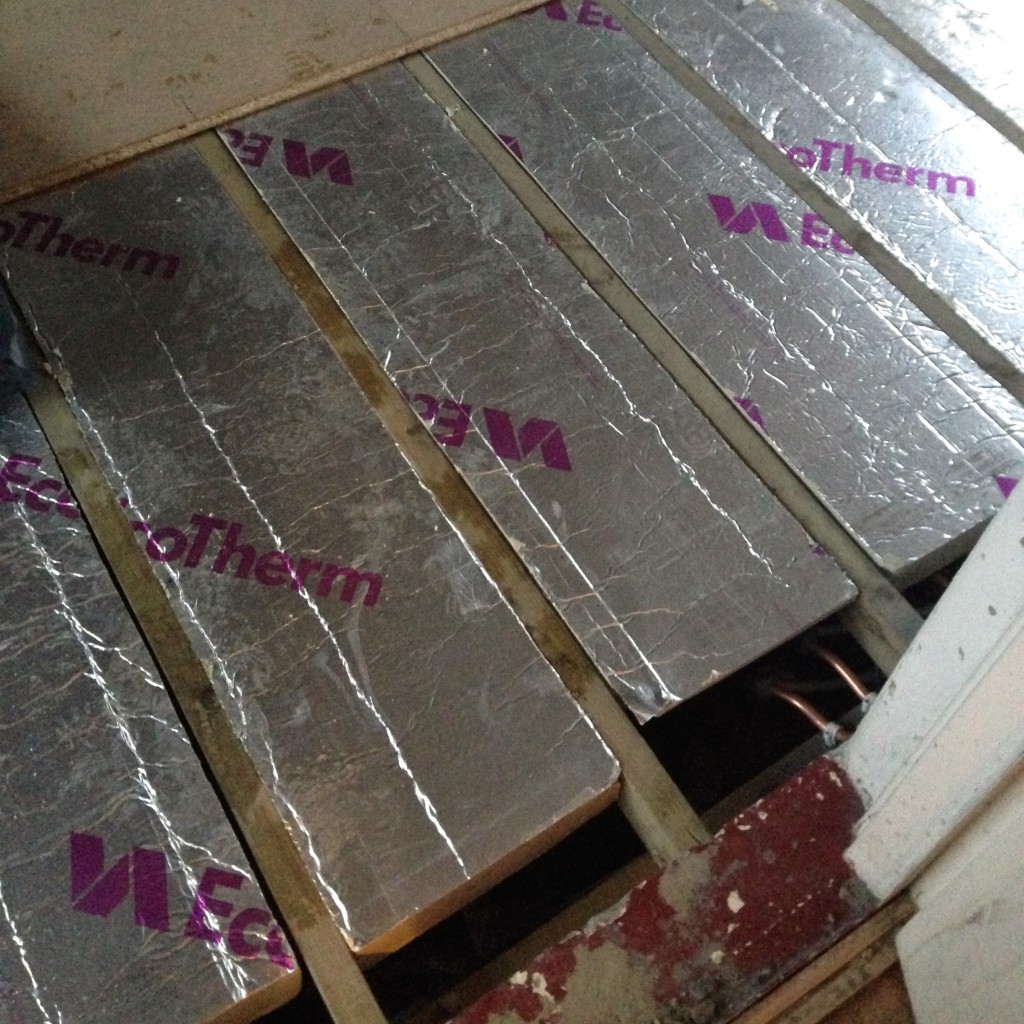 This week, we were hoping that the windows would be fitted. A different company is fitting them, and despite our best efforts to get things scheduled in advance, they are delayed until next week. This doesn’t seem like a huge setback, but we were ahead on the build (!!) so it is a little frustrating. There is plenty to get on with though, so this week some plasterboard has been fitted in the new bit, and our old kitchen units have started to disappear! 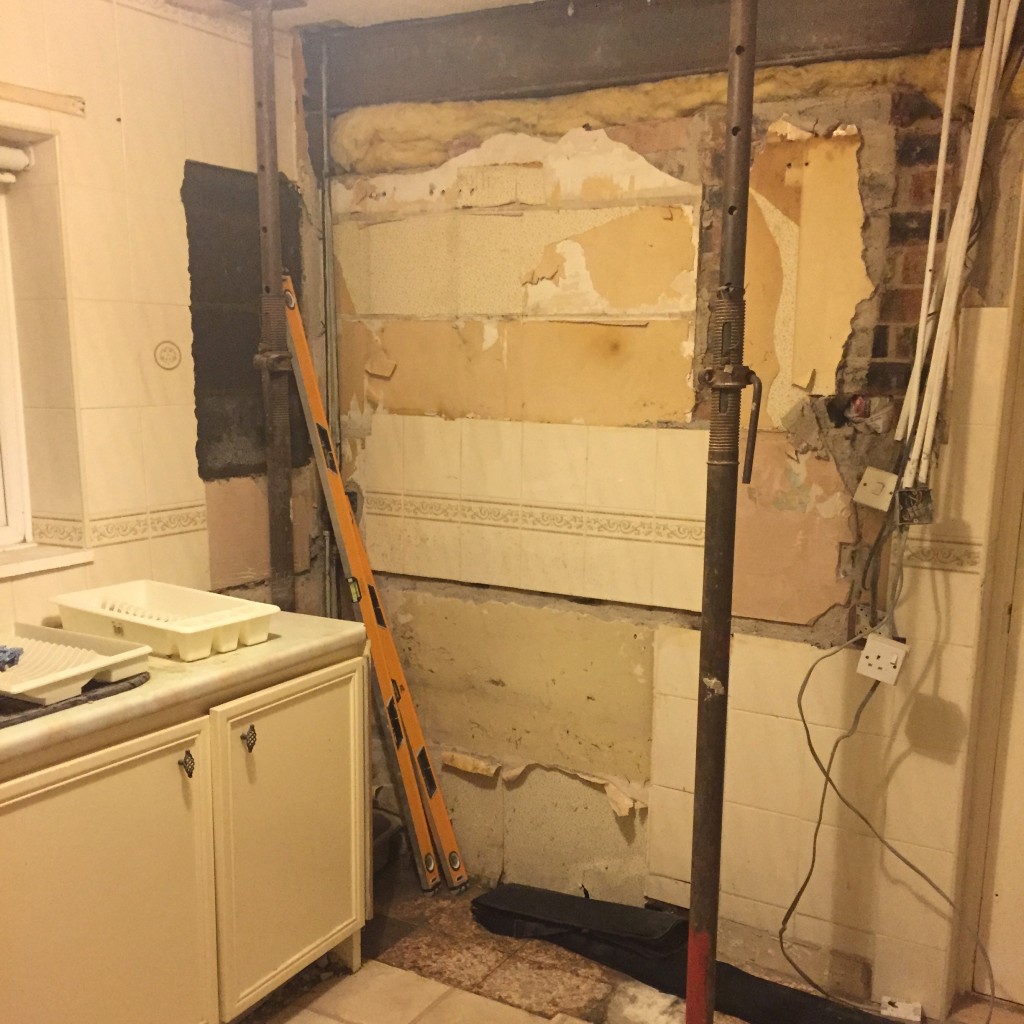 The other bit of steel is now on the inside as you can see! It is definitely out of action now, so it’s a good job we moved everything out last weekend. We even have a little tea corner in our living room now – this is the most important area as far as I’m concerned! 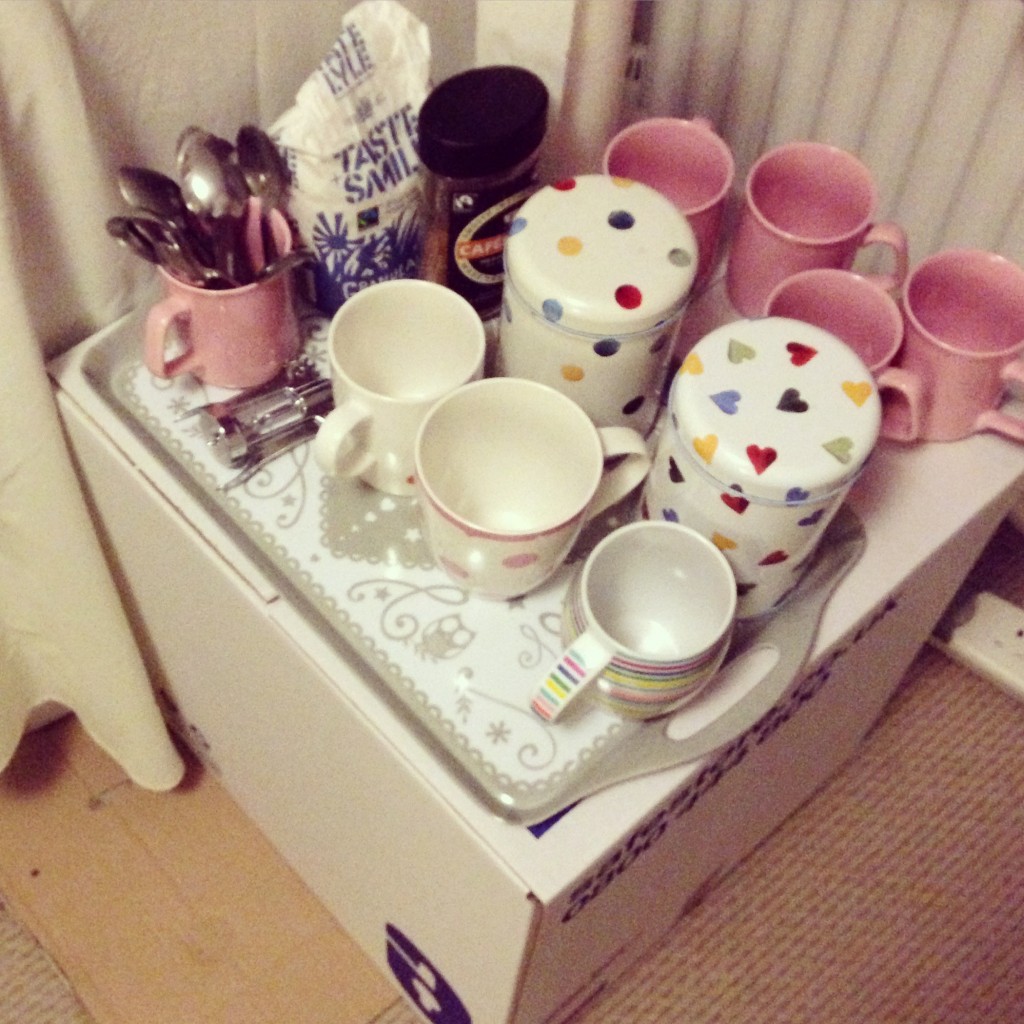 The way through to our hallway has been knocked through this week too. It feels so much bigger in the hall now, which I didn’t really expect! The stud wall has been removed and we have gained a couple of extra feet of space, but it feels like so much more than that. Maybe it’s the light? Who knows?! We’ll have a proper cupboard under the stairs here too, which will be great. I should point out that the horrid saloon doors will be gone soon too – yay! Here’s a ‘before’ shot: 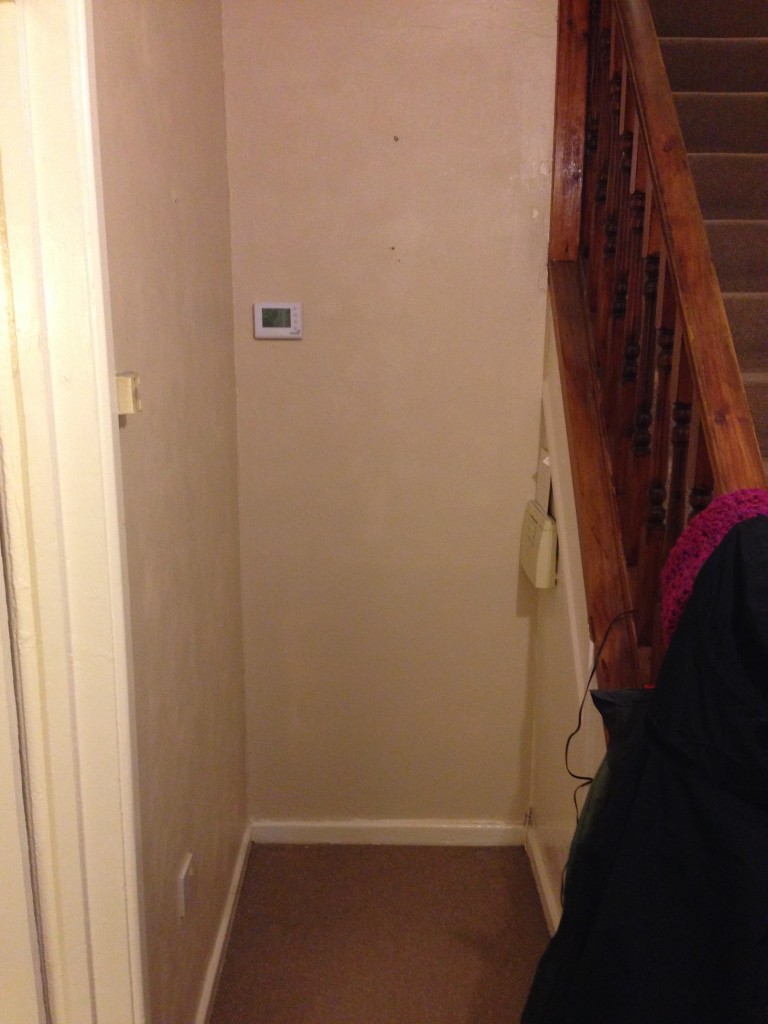 And a ‘during’ shot: 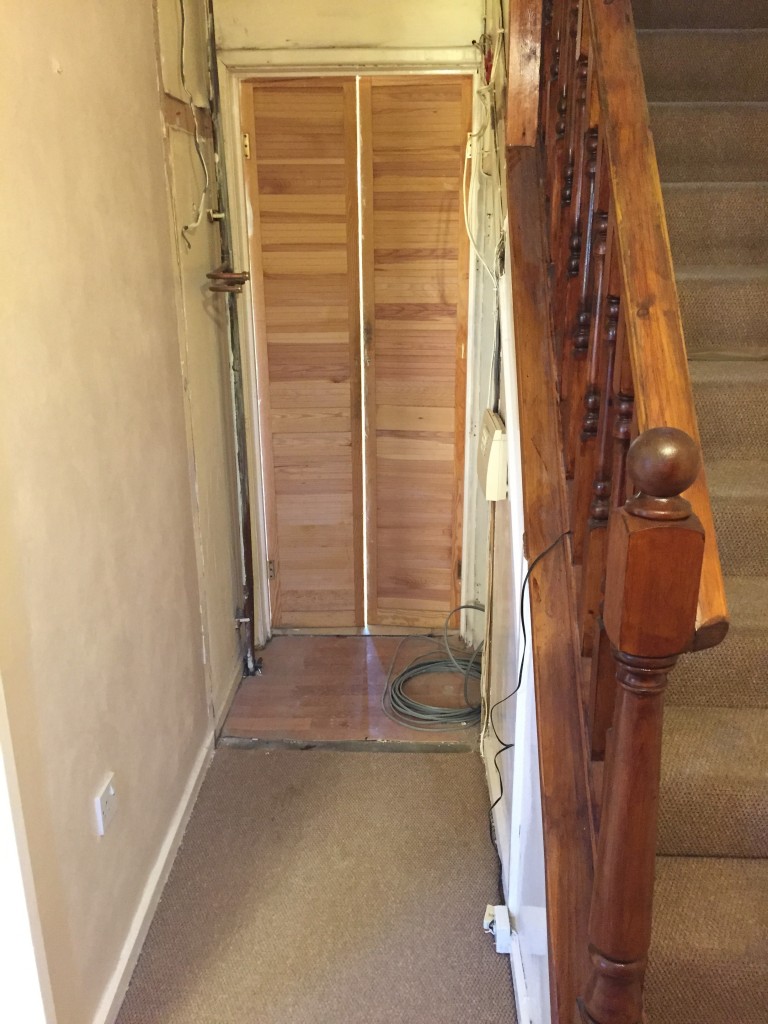 An ‘after’ shot will follow over the next couple of weeks! 🙂

So we are ready and waiting for the windows, and it’s all systems go next week. The construction should be finished by next Friday, and the new units should arrive a week on Monday…so it should all be complete by the end of the month! Yippee! 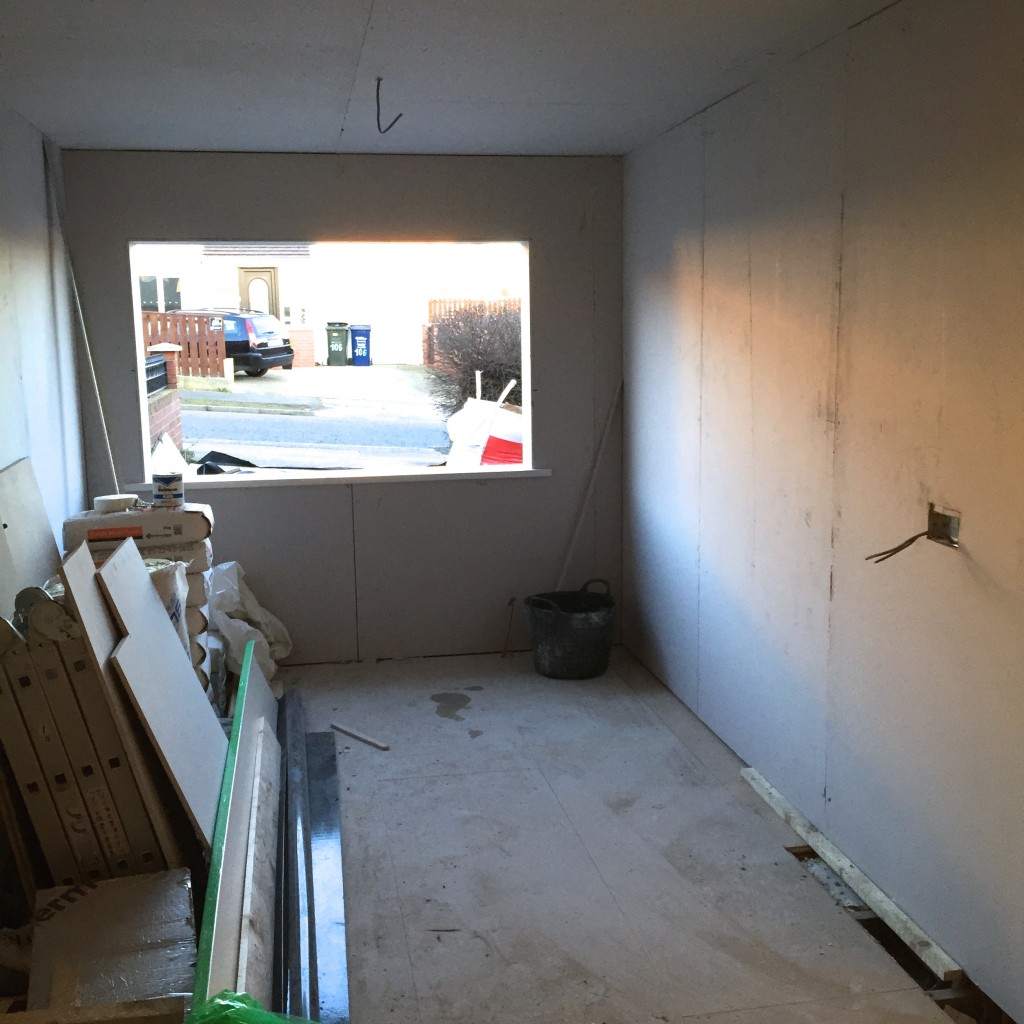 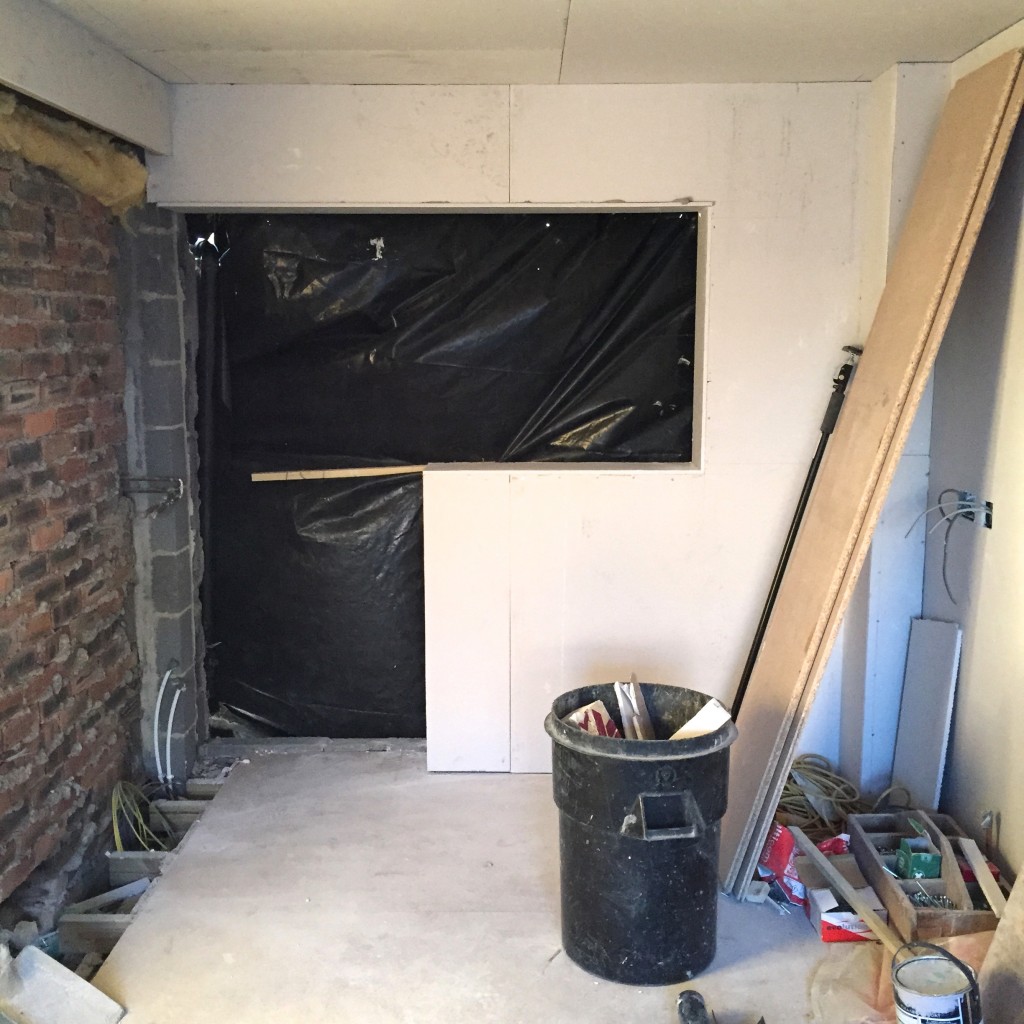 We’re choosing tiles, paint and lights this weekend – I’m probably more excited about this than I should be haha! Hope you have a great weekend, whatever you’re up to 🙂