I realised recently that most of the recipes I’ve posted over the last few months have been for cakes! Well, they have all been cakes actually – haha! 🙂 So I thought it was about time to make something else. The main reason that I have only been posting cake recipes is that we haven’t really had the time to try out anything new. Tea needs to be super quick and we often don’t end up eating together at the moment, so we very rarely cook something new from scratch. Until Friday night! It still needed to be fairly easy to put together, and so a one-pot dish seemed like a good idea. I found this recipe for baked Spanish rice with chicken and chorizo on the Olive website and decided we’d give it a go…keeping fingers crossed we could eat together, but it didn’t happen in the end! This recipe would be great for having friends over. It serves 4-6 as shown, but we halved the ingredients for 2.

1. Heat the oven to 180C/fan 160C/gas 4. Heat 4 tbsp oil in a very large wide shallow pan, season the chicken and brown it all over in batches. Remove the chicken then add the peppers and chorizo to the same pan and cook over a medium heat until the peppers begin to soften.

2. Add the onion and garlic and cook gently until the onion is soft. Stir in the paprika and chilli and cook for 1 minute, stirring, then add the chicken stock. Put the chicken pieces back, bring the stock to a simmer and cook, covered, over a gentle heat for 15 minutes.

3. Pour the rice all round the chicken and season – if you don’t have a big enough pan, you can transfer everything to a roasting tin. Then put it in the oven and cook for 20-25 minutes or until the stock has been absorbed and the top is golden. Cover the dish with foil and leave to sit for 5 minutes.

4. Scatter with the parsley (or chives) and squeeze lemon juice over the top before serving. 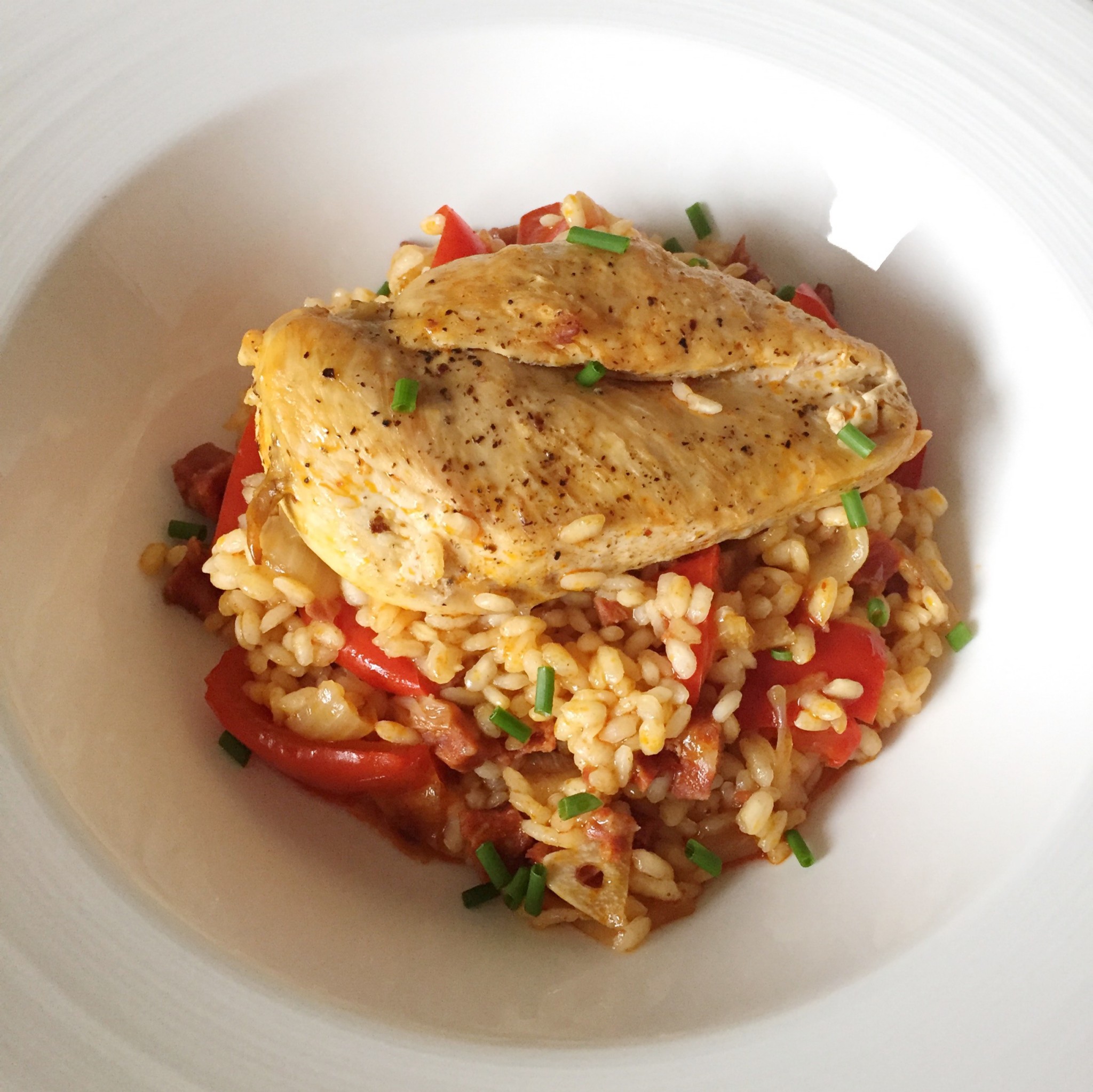